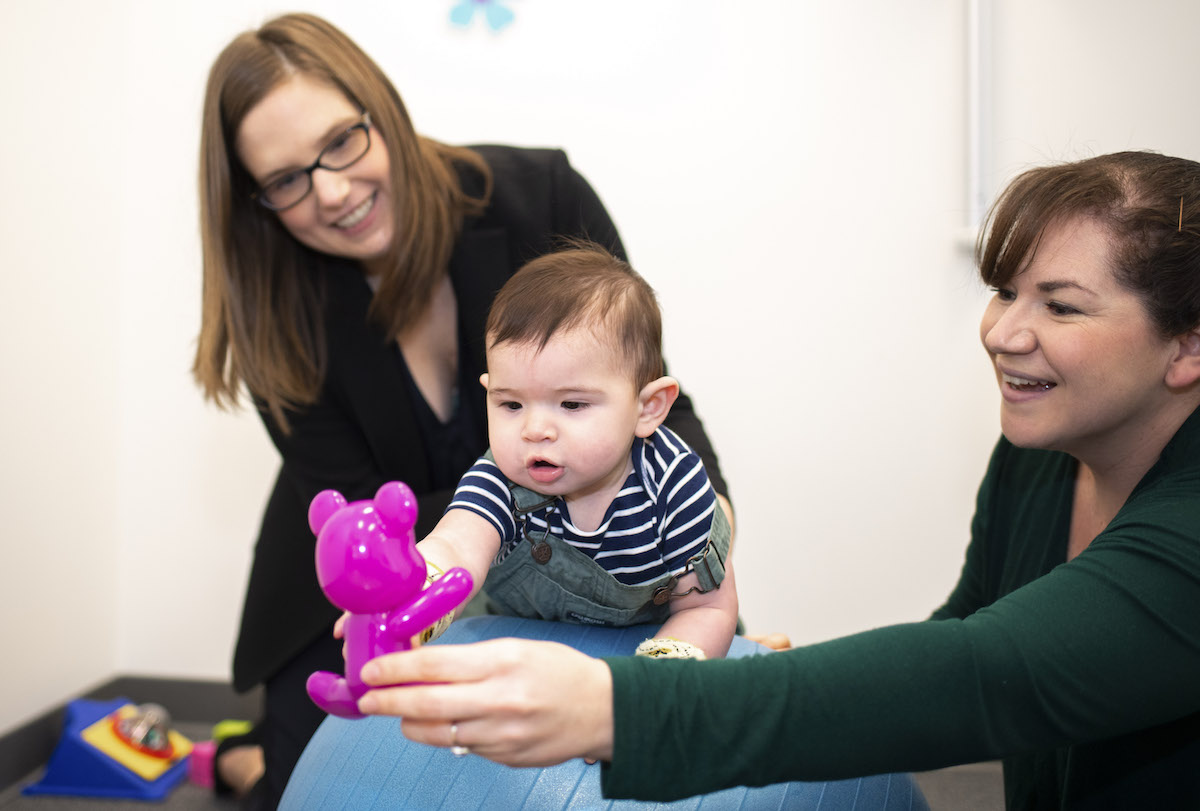 This study aims to add new data to our team’s ongoing research to identify early risk markers of autism spectrum disorder (ASD) and develop better screening tools for infants in the general population. In our previous study in North Carolina, approximately 7000 parents of infants between 8 and 16 months of age completed the First Years Inventory (FYI; Baranek et al., 2013), which is an early screening tool designed to identify infants at risk for later diagnosis of ASD.  However, the majority of the participants from this North Carolina sample were English-speaking European Americans, thus normative data is not generalizable to other languages or ethnic groups in diverse urban communities, such as Los Angeles. This pilot research study will extend collection of normative data to include Spanish-speaking families, primarily of Hispanic/Latino/a ethnicity in the Greater Los Angeles area.

This pilot study examines the relationship between biobehavioral synchrony during mother-infant interactions and early developmental outcomes. The study aims to understand individual differences in behavioral and physiological patterns of dyadic parent-infant interaction and their associations to infants’ social, cognitive, and emotional development.

The PIE study is a “proof of concept” evaluation of PIE, an intervention for infants at-risk for neurodevelopmental disorders. This study is a two-site collaboration at the University of North Carolina Chapel Hill (UNC) and the University of Southern California (USC Chan Division). It examines whether the PIE intervention transforms parent-infant transactions over time, increases joint engagement between infants and parents, and is associated with improved social-communication and autonomic self-regulation in infants at-risk for neurodevelopmental disorders. Further, the PIE Extension Study will acquire normative data for children ages 11-16 months and compare developmental trajectories in social communication skills, sensory responses, dyadic engagement with caregivers, physiological regulation, and language, comparing high and low risk for autism spectrum disorder (ASD). Finally, this study will determine the relative power of early developmental measures for predicting diagnostic outcomes at age 36 months and examine psychophysiological co-regulation in parent-infant interaction as it relates to social-communicative outcomes.

SASI is a longitudinal study which aims to understand individual differences in social and sensory development in typically developing and high-risk infants and toddlers. This study examines these domains through behavioral and physiological measures. We will be looking for families with an infant or toddler between the ages of 6 and 16 months to participate. We will be recruiting both a general community sample of infants as well as infants who have an older sibling with autism spectrum disorder (ASD) and may be at higher familial risk. Study participation includes a brief survey and, depending on survey outcomes, 3 assessment time points over 3 months. Your family will be compensated for your time (up to $150), and parking is provided.

The SEP was a 10-year longitudinal study that has concluded enrollment and is in the data analysis phase. The purpose of this project was to explain the development, functional impact, and pathogenesis of unusual sensory experiences in children with ASD, developmental delay and/or typical development with implications for early identification and intervention. The SEP also examined sensory subtypes of children with ASD.

SoCal CDS is a survey study examining children’s development from 6 to 16 months of age in domains such as social communication and sensory regulation. We are recruiting families from communities within the greater Los Angeles area to collect normative data on a diverse population. Participants will complete a 15-20 minute survey including the “First Years Inventory” (FYI), a questionnaire which asks parents about how their child responds to people, objects, and events. The survey also includes questions about developmental history and any potential concerns. Data obtained from birth records will also be used for analyses with survey outcomes to describe and correlate demographic and perinatal factors such as Apgar scores.