The USC Division of Occupational Science and Occupational Therapy officially announced its entry into the Campaign for the University of Southern California on Apr. 27 before a capacity crowd of over 400 Trojans gathered at the Hilton San Diego Bayfront hotel ballroom.

The kickoff celebration, scheduled to coincide with the annual conference of the American Occupational Therapy Association, included live entertainment, an inspiring video presentation, and a rousing toast from Associate Dean and Chair Florence Clark.

The Division’s $6 million campaign goal is believed to be the largest in the history of occupational therapy higher education. Primary giving objectives include faculty recruitment and retention, research initiatives, student scholarships and fellowships, infrastructure improvements, and patient care programming.

Clark, who completes her term as AOTA President later this year, also recognized Board of Councilors members in the audience, commended them for their investments, and offered examples of USC’s leadership to the profession. U.S. News & World Report currently ranks the Division as the nation’s #1 occupational therapy graduate educational program. USC has held this top spot for more years than all other programs combined.

The campaign announcement comes as the Division concludes a year of celebrating the 70th anniversary of USC occupational therapy education, which was founded in 1942 in response to the nation’s demand for clinicians to rehabilitate active and veteran military personnel injured during World War II.

“USC has always been about creating leaders, shaping the profession, and building better lives,” said Board of Councilors Chairperson Linda Florey MA ’68, PhD ’98. “It’s amazing to think that now is perhaps the most exciting time in our distinguished history.” 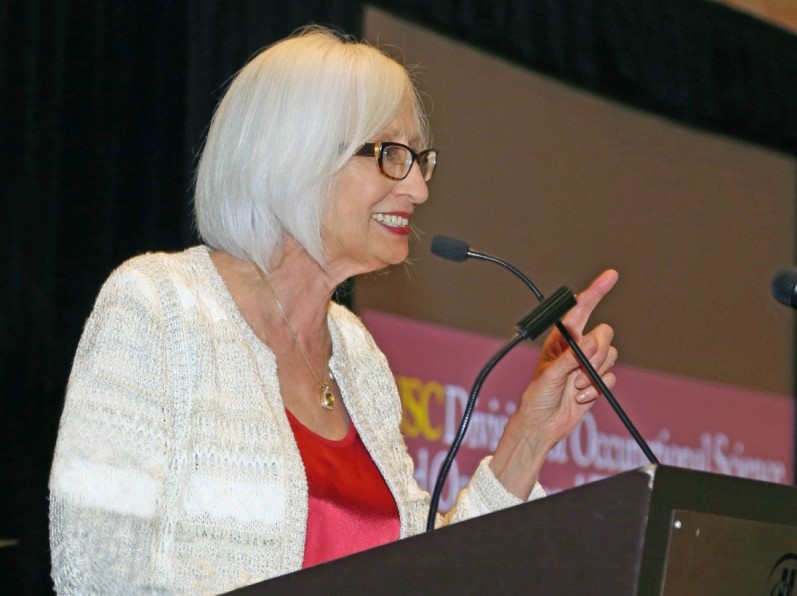