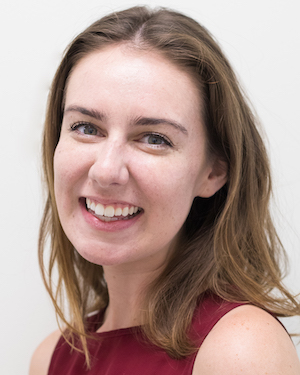 Warning: time lapsed commute may cause motion sickness 😬 skip to 2:00 for just the apartment

I have been based in Los Angeles for four years now and have lived in Southern California my whole life.  Not a shabby place to be by any means but when I found out that we could go “out of area” forlevel II fieldwork , I jumped at the chance.  Now the story of how I got to New York is a long one involving waiting tables, countless meetings with the fieldwork team, and a lot of persistence…but I’ll save that for another blog post.

I spent three glorious months in the city that never sleeps and as much as I missed the beach and predictable weather, I was not ready to come back home.  In an attempt to ease the blow, I returned with a new resolution—to rekindle my love of Los Angeles.  When I was in New York, I was determined to make the most of the limited time I had.  I spent many happy hours on rooftops and patios, took side trips to museums, flea markets, parks, walked home from fieldwork on nice days just to take in the city.  What’s stopping me from doing those things in LA?! Well, besides school, work, and traffic, NOTHING!  But seriously, I have taken this city for granted and considering I don’t know how long I’ll be here after graduation, I thought I’d better start taking advantage of it.
So here are some things I’ve been doing to keep “New York Noelle” alive:

Me and my best friend at a Dodgers game in September. We got to sit in the section that had unlimited food so thanks GSG!

So far this resolution has served me well.  My wanderlust is satiated and I feel lucky to call Los Angeles home.

This week’s song rec: Who doesn’t love 2Pac’s “California Love”? But if you want to try something completely different check out Joni Mitchell’s “California”.

Last Wednesday marked my last first day of Level I Fieldwork ever! Now, the words “fieldwork placement” tend to elicit different emotions from different students.  I know I for one get a weird mix of excitement and anxiety that results in an expression resembling the nervous smile emoji—what if I hate where I’m placed? What if it’s my new dream job? What if I don’t get along with the Clinical Instructor? Oh god what’s the commute going to look like? I just hope there’s parking…😬

I’m not going to lie, those thoughts raced through my mind at the start of every semester including this one. But I’ve made it to this point and can confidently say that my fieldwork experience has been one of the highlights of this program for me. And it’s not because I was placed at any particular site or found my absolute dream position.  I made a commitment to myself last fall that I was going to trust the process. HA! Trust the process?! Yeah it wasn’t easy.  I forced myself to let go of the expectations that where I was placed was going to determine my future job, OTD, etc (it sounds ridiculous to me now but I felt that back then).  Luckily for me though, I have always been a “it is what you make it” kind of girl, and I believe that attitude served me very well when it came to fieldwork.  At each placement, I found aspects I loved and will now seek out as well as things I really didn’t like and will avoid when I’m looking for positions in the future. I discovered new things about OT, about myself, that I may not have had I chosen my placements.  By trusting the process and seeing level I fieldwork for what it is—an opportunity to get exposed to a population and a setting—I can move forward with no regrets and lots of lessons learned for wherever the process takes me next!

After all this “trust the process” talk, how could I not recommend Etta James’s “Trust in Me”?

During my first advisement meeting of college, I was told that the credits I brought in from high school allowed me to double major, double minor, or potentially do both!  As an eager freshman, I took that statement as suggestion and immediately threw myself into the USC catalogue, frantically scribbling lists of interesting classes, minor and major unit requirements etc.  Two hours, about 80 tabs, and 3 existential crises later, I paused to survey my lists hoping to see a clear path.  What I ended up with was the opposite—one or two classes in a whole bunch of schools/studies.  It was then when I asked myself, “Why am I doing this? Do I actually want to minor in something, or do I just want to be able to say I did?” It was an important question and I’m glad I checked myself.  I had spent the previous four years doing everything I thought I had to do to get into a good school, including a lot of things I didn’t really want to do.  I don’t regret that at all because it got me where I am, but as I contemplated what I wanted out of the next four years, I realized that it would be dangerous to continue to do things just “for the resume”.  After all, I was at USC and there are endless things to engage in that are both personally and professionally fulfilling.  I recognized that college was a rare time in life to take risks and explore new subjects and it would be a waste of time and opportunity to be bound to what other people see as prestigious and how they measure success.  So, I took my lists of classes and ran. I was introduced to new occupations like ballroom dance, drums, and ceramics. I challenged myself and took financial and managerial accounting and web design.  And I looked for opportunities to expand my perspective on health in eastern medicine, bionics, gerontology, and health promotion classes.

I was spoiled in undergrad and I know it.  And I am grateful that my hodgepodge of interests is an asset to my future practice as an OT. I’ve noticed a similar trend in my classmates in the division.  I am surrounded by people who studied philosophy, marketing, biology, who teach yoga classes, build puzzles, served in the military, and had multiple careers before coming to OT school.  We are an interesting bunch her at Chan, and we all share the value of meaningful engagement for the clients we serve and ourselves.

Check out Visions and Voices, Sidney Harman Academy for Polymathic Study, and the Ahmanson Lab for some interdisciplinary activities available to undergrad/grad students and alumni.

This week’s song pick: “Back Pocket” by Vulfpeck

I introduced myself to someone at the main campus the other day and when they asked me what year I was in I was super excited to say “I’m a second year grad student!” I think I shocked him with my enthusiasm, but what he didn’t know was that my answer to that question used to be . . . complicated.  Last year, I was straddling the identities of undergraduate senior and 1st year Master’s student; I was a grad student that hadn’t actually graduated yet.  Entering my 5th year of the Bachelor’s to Master’s OT program, I have become very accustomed to explaining every aspect of my student identity — answering the questions: “What is Occupational Therapy? When do you graduate? Wait, so how old are you?” And now that I have officially graduated from undergrad, my spiel is much less confusing.  More importantly, I’ve noticed a change in my attitude and feelings about my student identity.

The transition to graduate school is major for anyone whether it happens before, immediately following, or several years after completing undergrad.  And last year, I felt it acutely.  I missed all of the elective courses I used to take, not starting class until 11 am on some days, the freedom to take naps during the week!!! It’s not that I didn’t love the course material we were learning or the people in the program, it was just at times I wished I had one more year of all of that like the rest of my undergrad friends.  But as my mom always says, nothing lasts forever!

I’ll be honest and say that I was very anxious to start this year.  I have the responsibilities of this position as an ambassador and the demands of all of my courses, not to mention the huge decisions regarding the OTD coming my way (I’ll leave that for another entry though!)  Although I’ve been studying OT for 4 years now, I’m still unsure where exactly I want my path to lead.  Despite this uncertainty about my future (which is quite recent by the way), I came home from the first day of class this semester with unexpected peace of mind.  I have my bachelor’s degree and a level 2 fieldwork under my belt, and I am just as thrilled to be an OT student as I was my freshman year.  This year is sure to bring more changes and surprises that will influence this path I’m always talking about, and I just have to keep reminding myself how wonderful it is to be where I am and that the best is yet to come.

P.S. I originally wanted to title my entries with song titles (yes, like Grey’s Anatomy), but that was going to be harder than I imagined. So instead I’m going to include a song recommendation that may or may not relate to the entry 😊 This week’s pick happens to: “Ooh Child” by The Five Stair Steps.