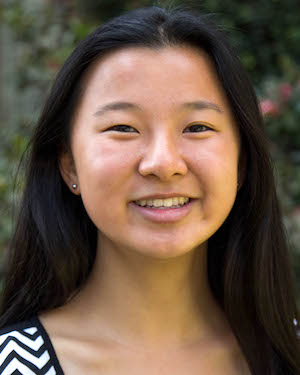 This is it. The end of summer. The end of long sunny days, home-made lemonade, and sleeping in (except, of course, on weekends). The end of drive-in movies with old high school friends. The end of unscheduled days and reading stacks upon stacks of fiction novels. At least for now.

But it’s the start of something else. Junior year has begun, folks, and it’s time to get back to the grind. I’ve learned so much this summer about my favorite occupations, USC life in the summer, and different areas of occupational therapy. I’ve been able to meet so many different people from so many different backgrounds, all with a passion for helping people.

But I’m looking forward to where this semester is headed, and once I finish this semester, I only have one more until I’m taking all OT classes. It is strange to be thinking about not having music courses, general education writing courses, or even business courses in my schedule. But it will be nice to have a chance to really focus on occupational therapy. This semester, I’m starting to finish up classes for my minors in USC’s Marshall School of Business and Thornton School of Music. I’m looking forward to my Global Leadership class. I’m even taking a course in Hip Hop Music and Culture! I get to take the OT Foundations classes throughout this next year, starting with Foundations: Occupation and Foundations: Kinesiology in the fall. My Foundations: Occupation class is even at USC’s Center for Occupation and Lifestyle Redesign! I’m excited to be able to start building the foundations for what I will need in the Master’s program and beyond.

Fall also means football season and move-in day for the out-of-state and out-of-country friends I haven’t seen in a while. It will be nice to get back to the business and bustle that is campus life, this time as an upperclassman!

As a new season starts, readers, keep Fighting On!

It’s the week before school, and what better way to spend it than preparing for the upcoming football season! The Trojan Marching Band has its Band Camp where we practice all the moves and music to start off our season strong. Members of the marching band come from every school at USC (Surprisingly, the most represented school is our Viterbi School of Engineering.) Some have never even played their instrument before. We’ve got one week to get ready to cheer our team on to Victory. Our incoming freshman get to learn our amazing fight song and of course, the incredible Tusk.

The band doesn’t take the responsibility of being the Spirit of Troy lightly. Not only do we have Band Camp, we also have practice four times a week, preparing new shows for the field. We play at every single football game, home or away. And we do our best to support the rest of the Trojan Family, too, whether that means going to basketball, volleyball, water polo, tennis, or even baseball games.

It is truly Trojan weather, so we make sure to bring Hydroflasks of ice to practice to refill the CamelBacks we bring on the field. A lot of work goes in to being the Greatest Marching Band in the History of the Universe (Ever!) In the end, it’s all worth it. Come see us and support our Team when football season kicks off! FIGHT ON!

There is one downside to being an undergraduate OT. I mentioned in a previous post that when I talk about Majoring in Occupational Therapy, I get the reaction: “Oooh, what is Occupational Therapy?” So I had to quickly adapt to giving my fifteen-second pitch about what OT is and how I found it. Sharing about OT is definitely not the downside. Neither is being part of this incredible program (I am often reminded of how lucky I am to have known so early on in life what I want to do in the future). The downside is that the only other people who seemed to know what OT was, were on the same road I was on: We were all passionate about helping others, all had discovered OT early on in life, and all were part of the same program. The downside is that as an undergraduate OT, I was only aware of one way to get to OT.

But this summer, as a Student Ambassador, I had a chance to recognize that all and any roads truly do lead to Rome. Through tours, information sessions, and even meeting the incoming Entry-Level Master’s class, I have been able to see the diversity of those who stumble upon OT, not just in ethnicity and age, but also in interests and walks of life. For example, in our incoming Master’s class, there are people with degrees in Biology, Kinesiology, Psychology, and other health sciences (Majors that would be helpful for completing some of our prerequisite coursework while also highlighting the student’s passions). But then we have others who pursued other interests during their undergraduate study, perhaps the French language, Economics, or even Dance. And somehow they ended up all in the same OT Master’s program at the same time. In our information sessions, there are people who simply went to different college but have always been interested in OT, some who found OT during undergraduate study, and even those who are coming to OT as a second career after seeing OT in the second-grade classroom where they taught for the past few years.

My own Bachelor’s to Master’s class is diverse in and of itself. We have our own stories for how we each found OT, whether it was shadowing a practice or perhaps watching a loved one grow through OT, and we have the honor to be part of an incredible program that allows us to engage in our specific passion for OT, even through our undergraduate years. But our paths to OT were quite direct, and it is amazing to listen to the stories about others’ journeys to where they are today. After all, it is said that more often than not, the journey matters more than the destination.

Summertime is a strange time to be on campus. There are less people riding bikes, skateboards, and URBE’s to class. The squirrels are running around less because of the heat. Football season doesn’t start until the upcoming semester. Doheny Library is even more quiet than usual. Less students are taking classes in the Von KleinSmid Center.

The quiet Von KleinSmid Center and its flags

But campus is still bright with life. Prospective students on Campus Tours shout their first ever Fight On! at Tommy Trojan.  Band members gather for a few summer gig opportunities. Younger middle school and high school students in summer programs explore campus, wearing their identical lanyards. Incoming freshmen and transfer students head to Orientation to pick their new classes and learn about USC life from their incredible Orientation Advisors. Student workers on campus take their lunch breaks at Lemonade or work out at the gym after a shift in their research lab.

Even during these warmer months, it’s still a great time to be at our Trojan home away from home. We get to enjoy everything LA has to offer, too, whether it be night trips to the Griffith Park Observatory or taking advantage of student-priced tickets to the LA Live movie theater. And less of a crowd on campus means less of a line at the USC Village’s Honeybird!

This past week, I had the chance to visit the Altadena Stables to watch hippotherapy. Whenever I talk to someone about hippotherapy, one of the first reactions I get is confusion. Hippotherapy, in fact, does not use hippos, but rather horses. (The hippopotamus’ name is actually derived from the Ancient Greek “river horse,” so the confusion makes sense.) Physical therapists, speech therapists, and yes, even occupational therapists can all use the movement of the horse as a tool for therapy.

When I was ten, I loved horses. I did horse camp during the summer and knew all about the different breeds. But I never imaged that it be something I could begin to pursue as a career. I was able to shadow both a physical therapist and an occupational therapist to see how their sessions were similar. Both used the same horse, the sweet-tempered Cali, and her movements to simulate the same kind of pelvic movement that walking would stimulate. From there, the child on the horse could ride in different positions, from facing sideways and holding their arms out for balance, to doing sit-ups on the horse to strengthen core (while the horse was stationary, of course), and even to riding backwards. There was even an obstacle course with logs and ramps for an added challenge!

It was amazing to see therapy being used everywhere, especially in places where the kids can see therapy more as play than as work. And I re-fell in love with the stables, the smell of horses, and Coco the little donkey, too. Any occupation, any passion can be used to help people become more engaged and more independent in their own daily lives, whether it be horseback riding or music. When I chose occupational therapy, I thought I was choosing into a definite field of work for the future. But the more I learn about OT, the more options appear that I have yet to experience and choose from.