Here’s one way to get more diversity in science and health fields
December 18, 2019

When you don’t know any doctors or scientists, it can be tough to imagine becoming one. The USC STAR program introduces teens to real lab work, and it’s one of many initiatives supported by the university’s Good Neighbors Campaign. 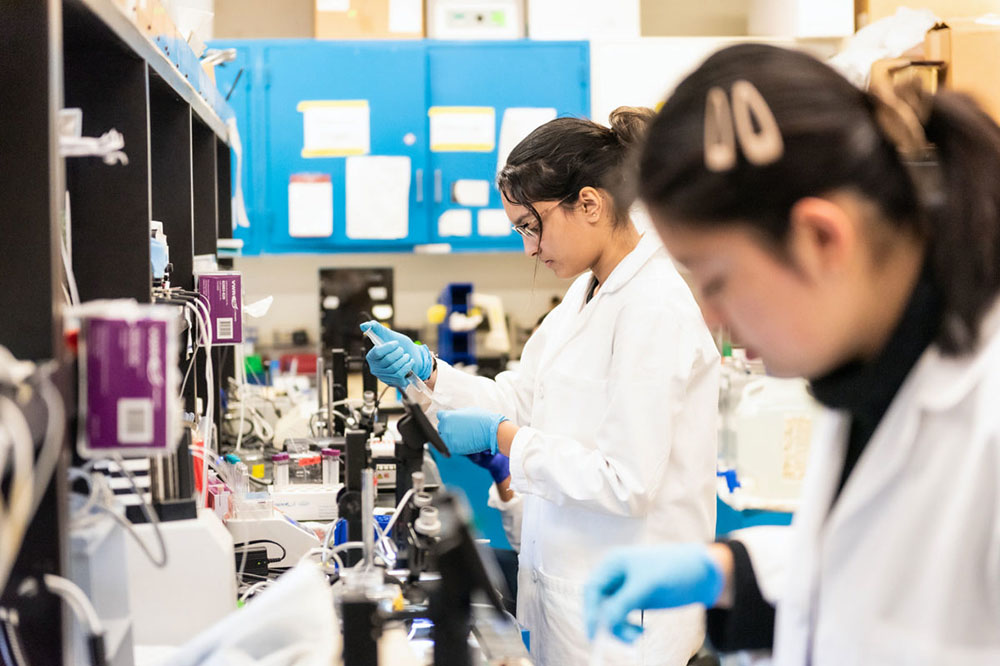 Jenny Martínez speaks up for people who don’t have a voice in the health care system and ensures they’re treated with dignity.

A scientist and expert in occupational therapy for nearly a decade, Martínez studies how to best care for older adults and people with debilitating injuries. She also passes along her wisdom to the next generation as a university professor. The published researcher teaches students how to conduct studies and serve patients with respect.

It might be surprising, then, to hear that she was once a teenager unsure of her place in science. Martínez remembers feeling a little scared, apprehensive and intimidated the first time she entered a research lab on USC’s Health Sciences Campus as a junior in high school.

Back then, it all seemed so overwhelming. Lab benches teeming with complicated equipment. Scientists busily buzzing around with an air of knowledge. USC students setting up their experiments with confidence.

For Martínez, going to college and pursuing a career in a STEM field felt foreign and out of reach — even though she loved science. She knew only a few kids from her East Los Angeles neighborhood who were in college, let alone studying science or engineering.

But stepping into the USC lab as a high school student helped her recognize her potential. It confirmed her hope: She had the intelligence and drive to become a scientist.

Next by tag  Alumni > Chan in the Media > Community and Partners > Diversity, Access, Equity >