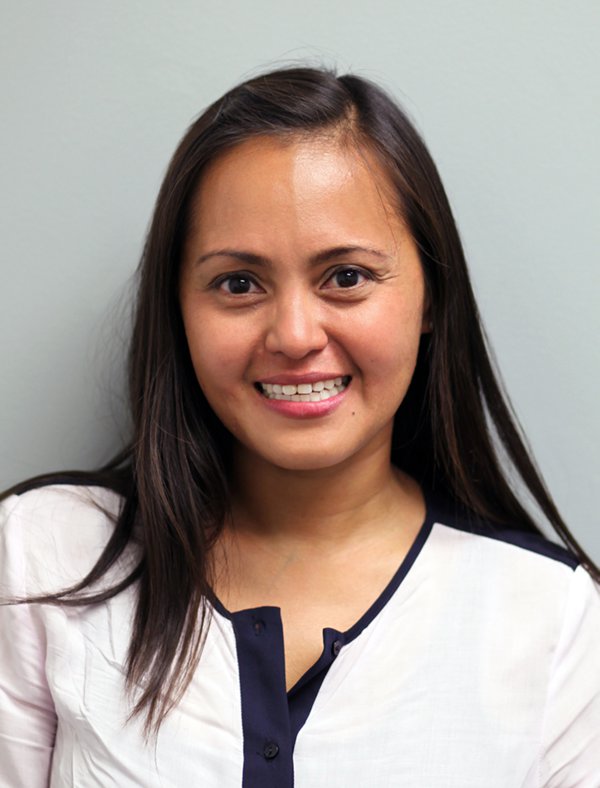 It’s more than 7,000 miles, or an 18-hour airline flight, from Los Angeles to Cebu City, the second largest city in the Philippines. But in the heart and mind of Aviril Sepulveda, an incoming student in the USC Chan Division’s doctor of occupational therapy degree program, it’s infinitely closer.

Sepulveda, better known as “Apple” to her friends, was born, raised and educated in the Philippines.

She received her bachelor’s degree in occupational therapy from Velez College in Cebu City and came to the United States on a work visa in 2003. What she encountered when she arrived stateside opened her eyes to far greater potential — both for her career and for her own self.

“Being foreign-trained, occupational therapy [in the United States] was so different to me,” Sepulveda admits.

In the Philippines, her training seemed merely a first step on her path to an eventual medical degree. But in America, she discovered that occupational therapy wasn’t a stepping stone but a calling. “Occupational therapy was a great way to come to the U.S. for better opportunity, a better life,” she recalls.

During the dozen years since, Sepulveda has indeed grown to become a bona fide pediatric therapy specialist.

She has been a traveling therapist and works part-time at Children’s Hospital Los Angeles, where she provides outpatient services and has collaborated with pulmonology staff on research using VitalStim, a neuromuscular electrical stimulation modality, to treat dysphagia. She is also the director of rehabilitation at Totally Kids, a sub-acute facility in the San Fernando Valley, providing advanced care to medically fragile children often with complications such as tracheostomy tubes and mechanical ventilators. Thanks in part to her leadership, patient volume there has significantly grown.

Yet when Sepulveda celebrates her entrance into the USC Chan Division’s doctoral program at Friday’s White Coat Ceremony, her mind will most likely be focused on children living half a world away. That’s because her primary motivation to return to higher education is to improve the quality of life for Filipino children in her homeland.

Sepulveda certainly has her work cut out for her. In the mountainous rural areas outside of Cebu City especially, financial resources are constrained and healthcare infrastructure, access and education leaves much to be desired. As a result, occupational therapy is little appreciated and rarely delivered, which means children who might benefit from occupational therapy intervention develop greater degrees of otherwise avoidable disability.

But alongside her sister and USC alumna Bernardine “Berry” Sepulveda-Nikkel MA ’10, who lives in Cebu City and operates a private pediatric clinic there, Sepulveda has already begun turning the tide. “We are very grassroots, we have to be,” says Sepulveda.

Their efforts include regular outreach in remote villages where they coordinate, evaluate, consult with and educate local families. Sepulveda has also translated an evaluation questionnaire into Cebuano, a regional dialect related to similar Filipino languages, and also trains day care workers.

Sepulveda hopes that she will be able to successfully apply the education, skills and network that she will develop as a USC Chan doctoral student to service delivery models that can make an immediate and long-lasting impact back in the Philippines.

“My motivation is to further my education and background in order to prevent disability in the Philippines,” Sepulveda says, “by bringing knowledge, early awareness and intervention.”