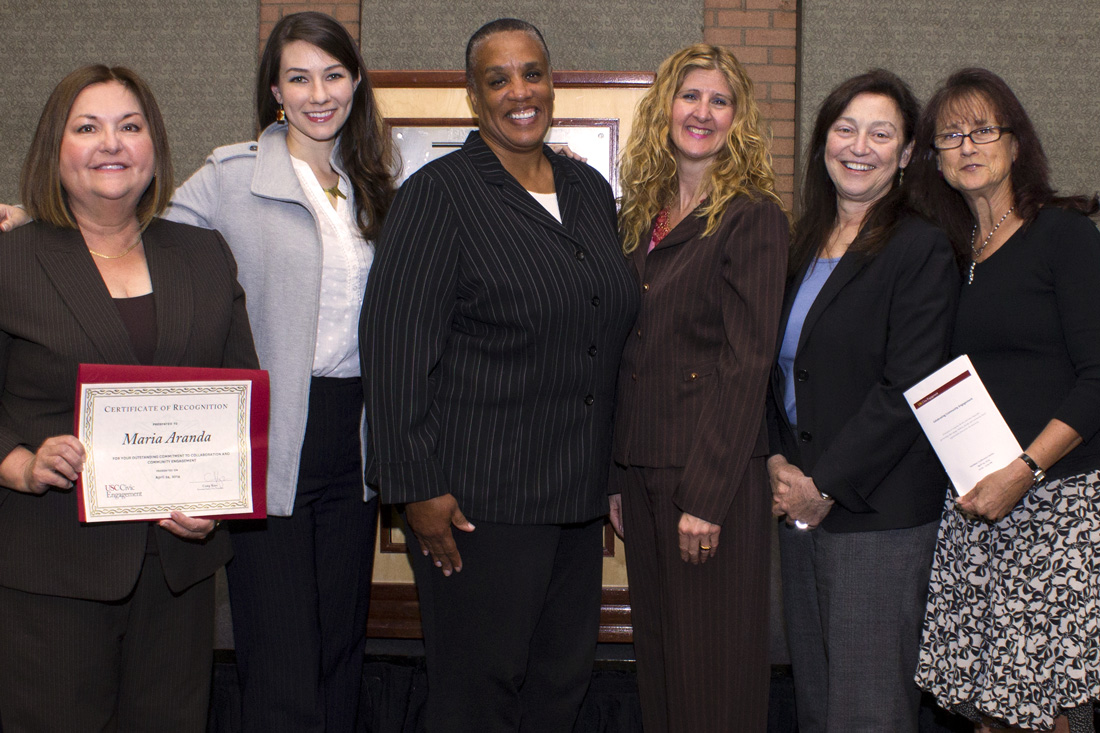 Two division faculty members received year-end awards from university organizations in recognition of their dedication to serving students and the community.

Assistant clinical professor Ashley Halle (pictured second from left) received an Extraordinary Engagement Award from USC Civic Engagement in recognition of her outstanding voluntary contribution to the development, sustainment and success of the community and student-oriented Interprofessional Geriatrics Curriculum (IPGC). The IPGC is an interprofessional education program for students and community-dwelling older adult residents delivered in a local independent living facility. Interprofessional teams consist of a medical resident, a trained faculty facilitator and a team of students from various academic units across the university including the Division of Occupational Science and Occupational Therapy.

In 1980, the late philanthropist Grace Salvatori established the Extraordinary Community Service Award and reception to encourage and recognize a graduating senior for his or her service to the community. In the early 1990s, the Office of Civic Engagement and the Division of Student Affairs joined USC Dornsife in cosponsoring the event, adding many categories of winners including faculty members.

In his award nomination, Delgado was described as “a magnificent leader” who “embodies everything that [one should] strive to be and hope to give to USC.”

Next is JEP and occupational therapy — New mini courses >