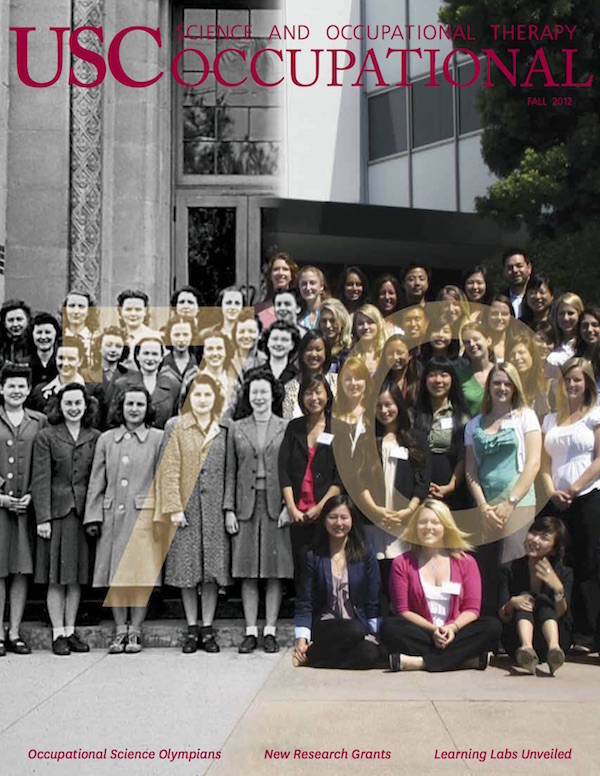 Occupational Therapy was born at the University of Southern California in 1942 under President Rufus B. von KleinSmid, and in the seven decades since has grown to become an international leader in education, research, professional service, and patient care. With the 2010 appointment of President C. L. Max Nikias, Trojan Occupational Therapy has now been witness to seven USC Presidents. Trojans have a long tradition of advocating on behalf of the profession. Student Joy Sorlie poses with her neuroanatomy textbook for an article published in the September 18, 1953 edition of the Bennettsville (South Carolina) Herald-Advocate newspaper, praising the promises of a career in occupational therapy. 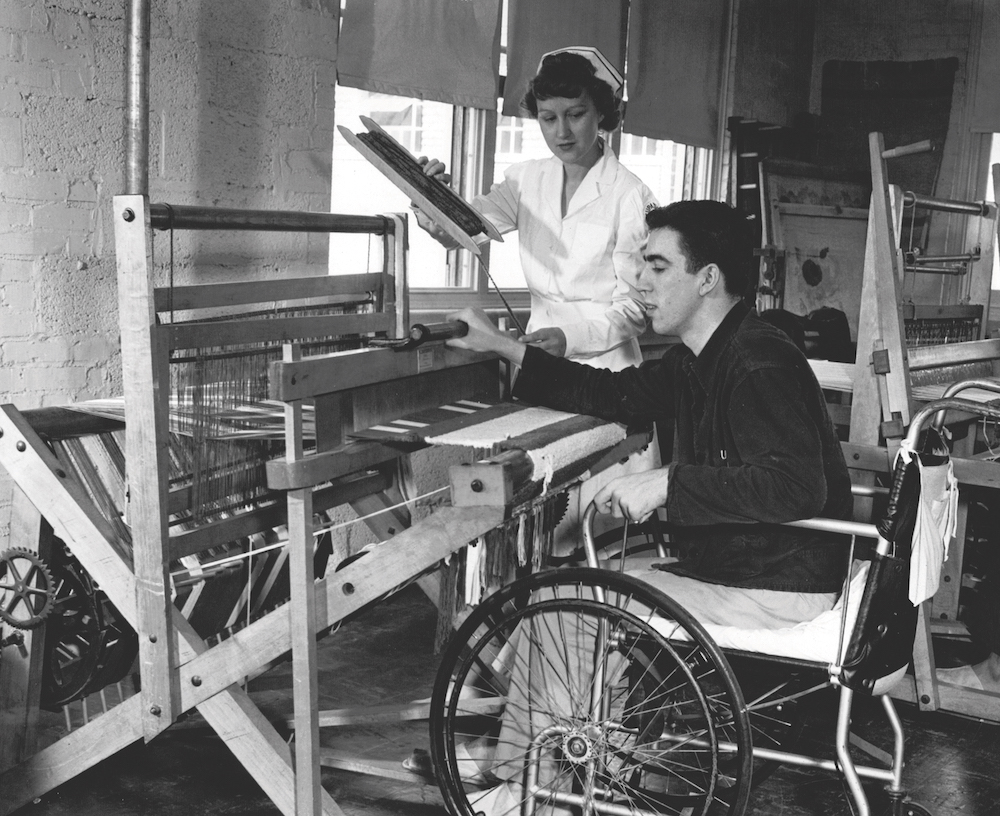 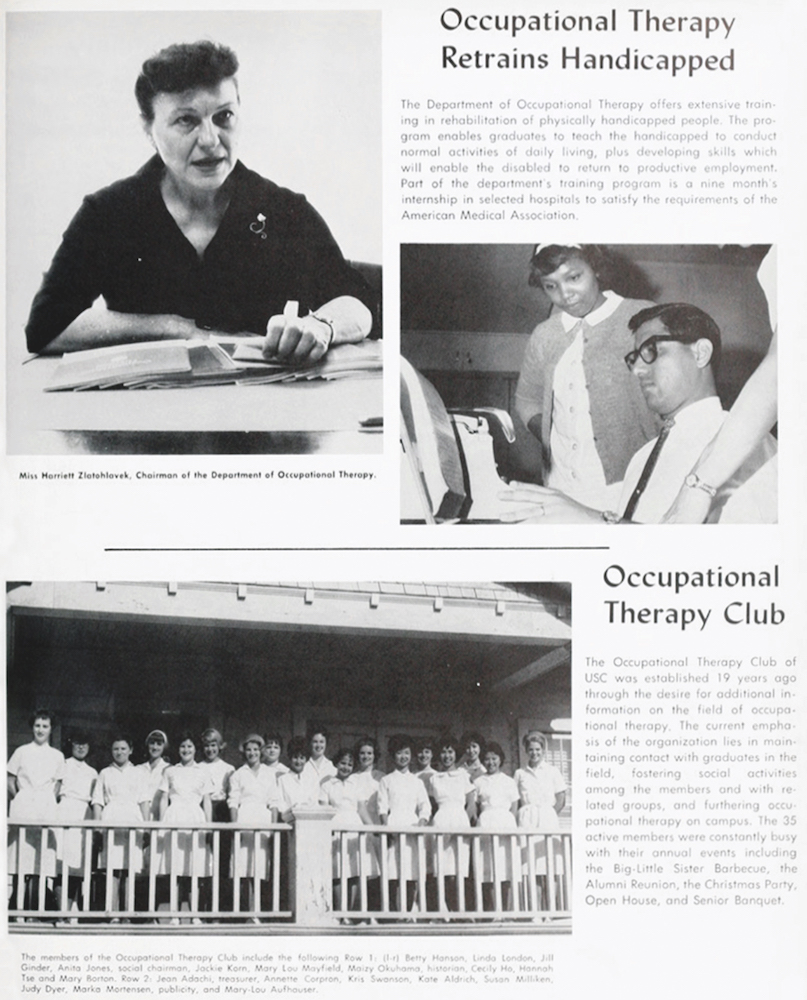 Students educate their fellow Trojans about occupational therapy, including a demonstration of potential uses for an adapted spoon, at the 1969 ‘OT Fair’ in Alumni Park on the University Park Campus Students and faculty surround the Rancho Los Amigos Hospital entrance sign for a photograph published in the 1987 edition of El Rodeo, USC’s yearbook In this undated photograph, A. Jean Ayres, USC faculty member and pioneer of the sensory integration theory and intervention approach, positions an unidentified child before a trapeze swing at her Torrance clinic | Photo courtesy of Julie Bissell

The past two decades at USC can be characterized by constant expansion driven by visionary leadership. Dr. Elizabeth Yerxa is widely credited with leading the formation of the Occupational Science discipline and its corresponding PhD degree program as Department Chair during the 1980s The first Occupational Science Symposium was hosted in 1988 to celebrate the new discipline. Among the 23 renditions of the Symposium since, the 1990 event was highlighted by a keynote lecture from world-renowned cosmologist, physicist, and author Stephen Hawking.