Into a New Era 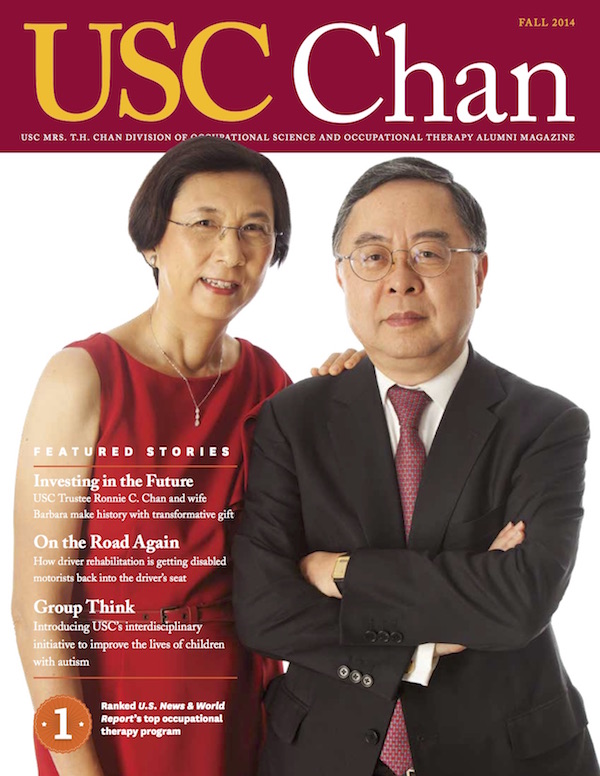 With their $20 million gift to the division, USC Trustee Ronnie C. Chan and wife Barbara make history and cement a legacy.

The universe works in mysterious ways. That was the message — equal parts gratitude and awe — delivered by Associate Dean Florence Clark at a confidential gathering of division leaders in early August. A cryptic email summoned select faculty members to this off-the-record meeting and as the room filled, hushed speculations swirled. Yet the plastic flutes of champagne being passed around — not the typical beverage for a weekday business meeting — signaled the bombshell announcement ahead.

“What I am about to tell you, you can call it fate, call it good karma or call it divine intervention,” Clark said, as she brought the meeting to order. “Whatever you call it, it is nothing short of a miracle, a dream come true.”

With her husband, senior computer consultant John Wolcott, smiling beside her and with tears welling in her eyes, Clark broke the suspense: A $20-million gift agreement had been reached to name and endow the division for all time. 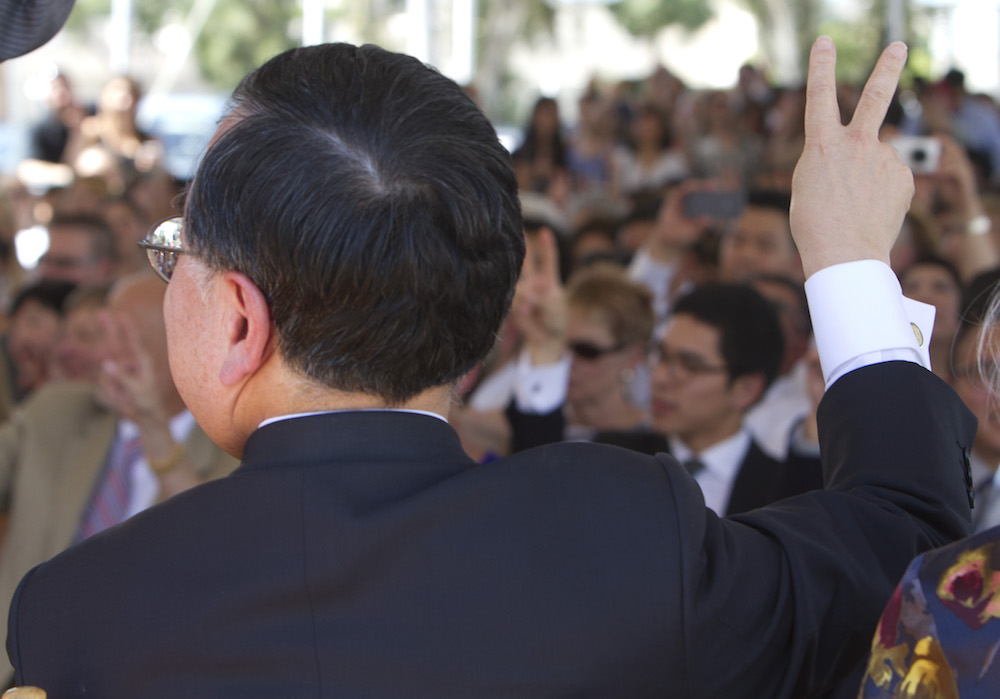 Gasps of disbelief crescendoed into unanimous applause. Institutional naming gifts, which guarantee a program’s existence for all time, are unheard of within occupational science and occupational therapy. They are indeed so rare that no occupational therapy educational program had ever been previously named. The implication of the announcement settled upon the room: USC was realizing another accomplishment in a long line of firsts, the benefits of which would one day ripple throughout the profession and across the world. The long-impossible dream to permanently endow the division was coming true.

“Don’t thank me for the gift; it is my wife and I, my family, that have to thank USC for giving us that tremendous opportunity and privilege.”
— Ronnie C. Chan MBA ’76

An Accident, An Awakening

Occupational therapy is a career choice rarely made lightly. Just ask any therapist. More often than not, you will hear a story forged in a crucible of injury, illness and trauma on one hand, and recovery, healing and hope on the other.

Ten years ago, assistant clinical professor Adley Chan ’07, MA ’08, OTD ’12 was an undergraduate sophomore student at USC when he received an email that, in retrospect, changed the trajectory of his entire life. The message notified Chan that a good friend who was traveling through Louisiana was injured in an automobile accident, had sustained a traumatic brain injury and was currently in a severe coma. As days turned into weeks, Chan decided to visit the friend’s family to do whatever possible to help console them. But when he arrived at the hospital, Chan was greeted with an incredible surprise: The friend had awoke from the coma. At the hospital Chan watched intently as occupational therapists began the long process of physical and cognitive rehabilitation.

After he returned to campus in Los Angeles, Chan was in for another surprise. At the beginning of his Monday morning class, an occupational therapy student ambassador gave a brief presentation about the profession and the undergraduate major at USC. The following semester Chan knew he had to enroll in the undergraduate course, OT 250: Introduction to Occupational Science and Occupational Therapy. What felt right — if only as moral support for a rehabilitating friend — grew into something more.

“I attended every class of OT 250, did all the readings and homework and I actually enjoyed it,” Chan recalls with a smile. “I thought, ‘maybe there’s something to this occupational therapy after all.’”

This was more than coincidence; it seemed like a calling. Having witnessed the impact of such a catastrophic condition on a friend, Chan felt called upon to help others through similar circumstances. He soon declared occupational therapy his undergraduate major and continued at USC to earn both his master’s and clinical doctorate degrees in occupational therapy.

A decade later, Chan’s friend is now back living life to its fullest, happily married with three children and able to work full-time. Such a recovery could not have been fully possible without occupational therapy.

The phrase Trojan Family is often used as a metaphor for USC’s extensive and devoted alumni network. Quite literally, Adley Chan belongs to another Trojan family — his older brother Adriel earned a bachelor’s degree from USC in 2004 and his father Ronnie C. Chan earned his MBA degree from USC in 1976.

In the decades since, the elder Chan built his family’s Hong Kong-based business into a thriving multinational corporation. He became the chairman of Hang Lung Group Limited and its subsidiary Hang Lung Properties Limited which, with its wide-ranging portfolio of retail, commercial and residential properties, stands among Hong Kong’s leading property companies. He also co-founded the Morningside Group, a private investment firm that owns and manages industrial and service companies throughout the United States and Asia. In 1995, former USC President Steven Sample welcomed Chan to the USC Board of Trustees and later honored him with the 2009 Asa V. Call Achievement Award, USC’s most prestigious alumni award.

As the youngest Chan progressed through years of occupational therapy education, the elder Chan and his wife Barbara grew to become good friends with Clark and Wolcott. And with their resolute commitment to philanthropic endeavors in partnership with health and education institutions throughout the world, the Chan family would soon add another generous act to their names.

At a September celebration hosted on the USC Health Sciences Campus, USC President C. L. Max Nikias made the announcement official: Ronnie and Barbara Chan committed $20 million to the division of occupational science and occupational therapy, the first naming gift and largest ever made to any occupational therapy program in the history of the field.

It was the second major gift the Chans had made to a U.S. university in as many weeks, with Chan’s Morningside Foundation making a substantial gift to Harvard’s School of Public Health in honor of patriarch Mr. T.H. Chan on Sept. 8.

The USC gift was made in honor of the Chan family’s matriarch, Mrs. T.H. Chan, who was trained as a nurse in Northern China during the mid-20th century. The gift established an endowment in perpetuity and named the division the USC Mrs. T.H. Chan Division of Occupational Science and Occupational Therapy.

How the Chans’ generosity is set to make an impression on the division and the profession.

“This is a special day for USC, as we celebrate our half-century-long connection with this singular family and the professional commitment of its venerable matriarch,” Nikias said. “USC’s extraordinary presence in the Pacific Rim is due in no small measure to Ronnie’s years of tactical work and gracious outreach.”

Nikias then introduced Ronnie Chan, who was treated to a standing ovation by the standing-room-only crowd as he took the podium.

“Let’s get one thing right,” Ronnie Chan said. “Don’t thank me for the gift — it is my wife and I, my family, that have to thank USC for giving us that tremendous opportunity and privilege.” 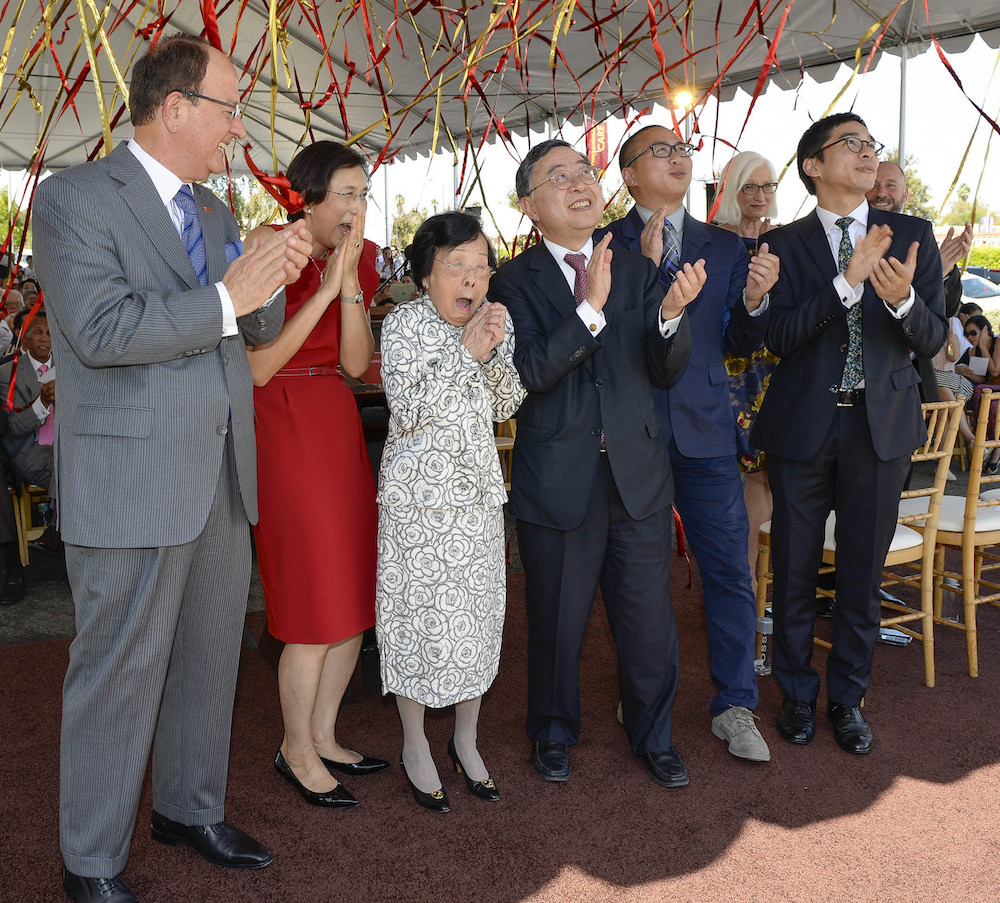 He also shared a family story that resonates with many who have chosen a career in occupational therapy. When Mrs. T.H. Chan graduated from nursing school in Northern China she had an opportunity to enter medical school. But to the surprise of her family, she didn’t. The reason? “She felt that she [could] do more good, and help people more directly,” Chan said, “as a nurse rather than as a medical doctor.”

“Endowed chairs help USC recruit and retain the very best faculty,” said Elizabeth Garrett, USC provost and senior vice president for academic affairs, at an intimate October celebration of the Chan’s gift at New York City’s Carlyle Hotel. “Dr. Clark, along with the other clinician-scientists in USC’s occupational therapy programs — Dr. Chan included — are committed to improving quality of life for people across our communities.” 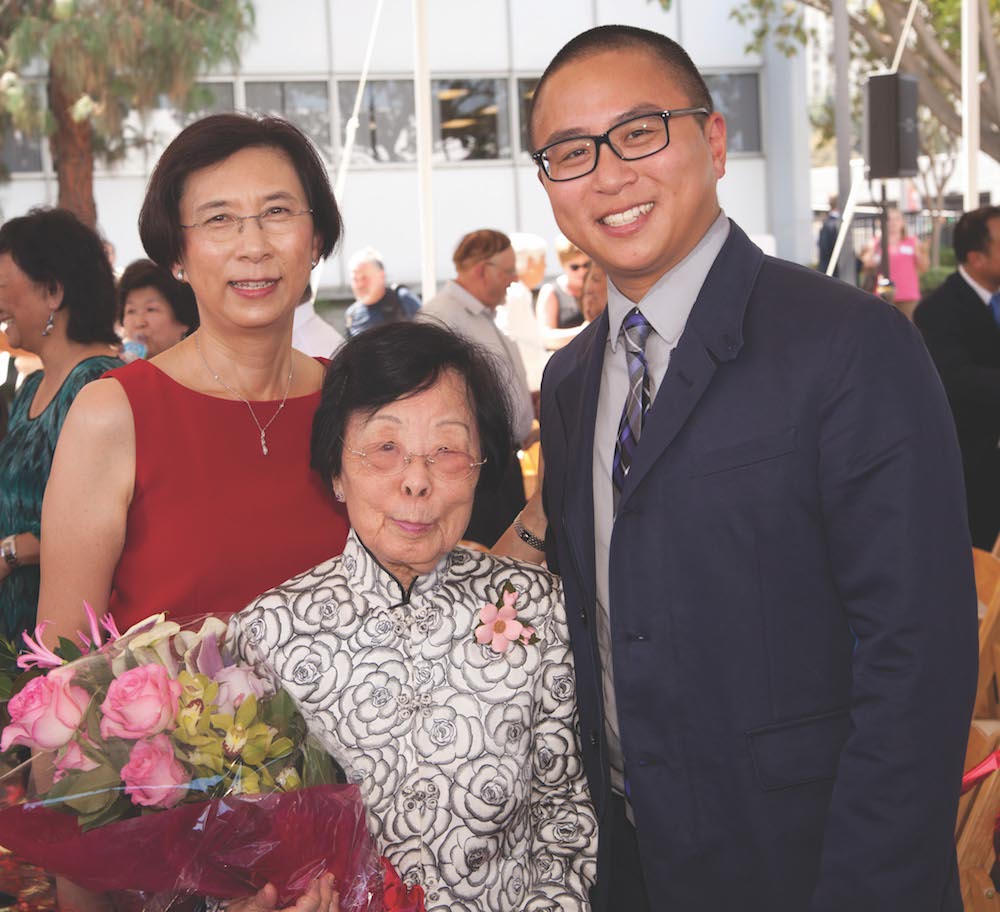 One month after the fanfare of the announcement festivities, Clark was asked to reflect on the long-term implications of the historic gift. “I really do believe that the universe works in mysterious ways, and that in the infinite wisdom of the cosmos, this gift was just somehow meant to be,” Clark said. “But I don’t think there is any mystery as to the fact that it will improve the lives of so many people across the world.”