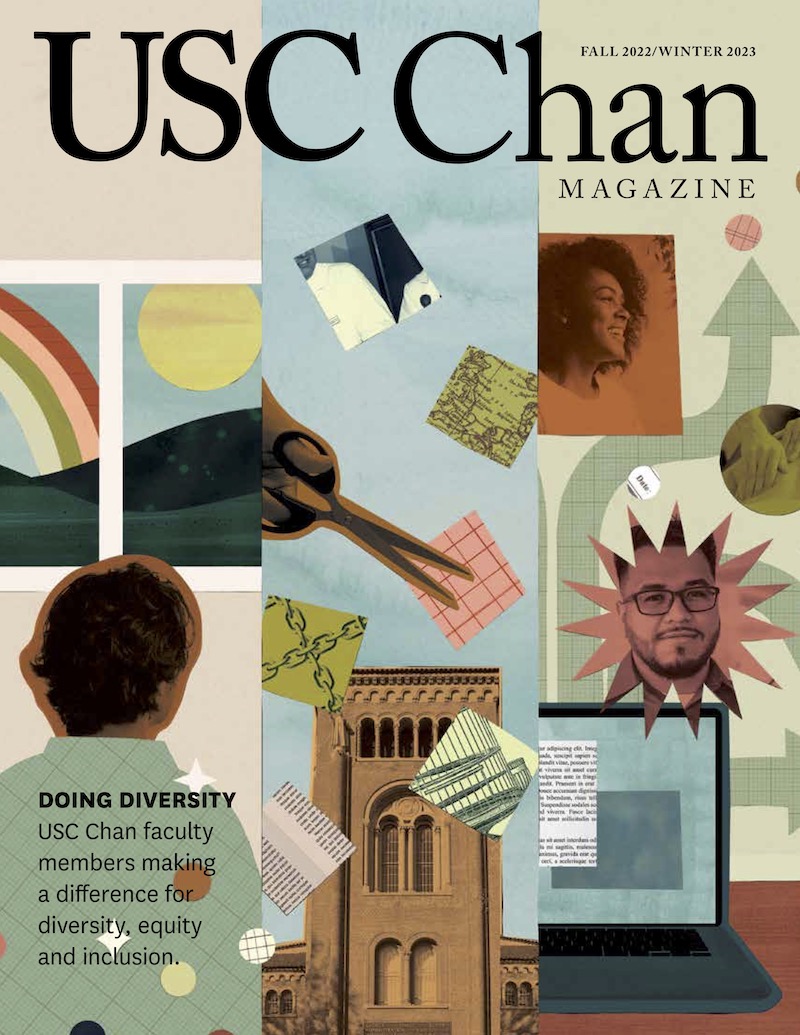 On most days in season, you can find Blake Harris on the field under the sweltering New Orleans sun or putting in work at the gym. The junior is a long jump and triple jump athlete at Xavier University of Louisiana, the nation’s only historically Black and Catholic university.

But this past summer, you would have found Harris logged into Zoom, where the Houston native met with other undergraduates and USC occupational therapists and physical therapists as a participant in the USC OT/PT Summer Institute. The six-week online program is designed for undergraduate students from racial and ethnic minority groups to learn more about occupational therapy and physical therapy, reflect on their interests and values and chart a path toward reaching their educational and professional goals.

The institute is co-hosted by the USC Chan Division of Occupational Science and Occupational Therapy and the USC Division of Biokinesiology and Physical Therapy. The academic units are respectively ranked as or among the nation’s best, according to U.S. News & World Report. Now, faculty members from both are leveraging those reputations to reshape the demographics of their respective professions, one student, one Zoom meeting, at a time.

Each week, the Institute covers a different aspect of occupational therapy and physical therapy with guest speakers, multimedia presentations, cases and vignettes and group discussions during synchronous Zoom meetings. Participants, all of whom are undergraduates attending either Xavier, USC, Cal State Dominguez Hills or Cal State Los Angeles, explore topics as applied to their own lives, curate a lifestyle plan that aligns with their values and learn to recognize ways of potentially reducing health disparities while pursuing their goals.

“When the speakers came in and I got to hear their perspective, that’s when it all clicked,” Harris says. “Dr. Serena Hobson is really holistic — she looks at the patients as a whole and she recognizes the individual differences between the patients — and Dr. Sean Johnson was an athlete, and I’m an athlete right now in college, and he spoke about the same characteristics between athletes and health care teams, about interdependence and how to work with a team.”

In addition to hearing directly from Black Trojan therapists like Hobson MA ’19, OTD ’20 and Johnson DPT ’08, who is the president of USC’s Biokinesiology and Physical Therapy Black Alumni Association, the institute has also validated Harris’ growing desire to pursue an occupational therapy career.

“During my time in prep school, we were taught to be young men for others, and that has influenced my career path,” Harris says. “Being an occupational therapist is just a great act of service.”

Becoming an occupational therapist would be a personally significant act, too. Harris’ grandmother greatly benefited from occupational therapy, an inspirational process that he was able to witness. He has already shadowed clinicians at TIRR Memorial Hermann, the highly regarded rehabilitation hospital in Houston, and says the experience drew him further toward a future in health care.

“I took notes and was very curious as to why the therapists did this or that with their patients, and I’m thinking to myself, ‘this almost doesn’t seem like work, it seems like fun!’” 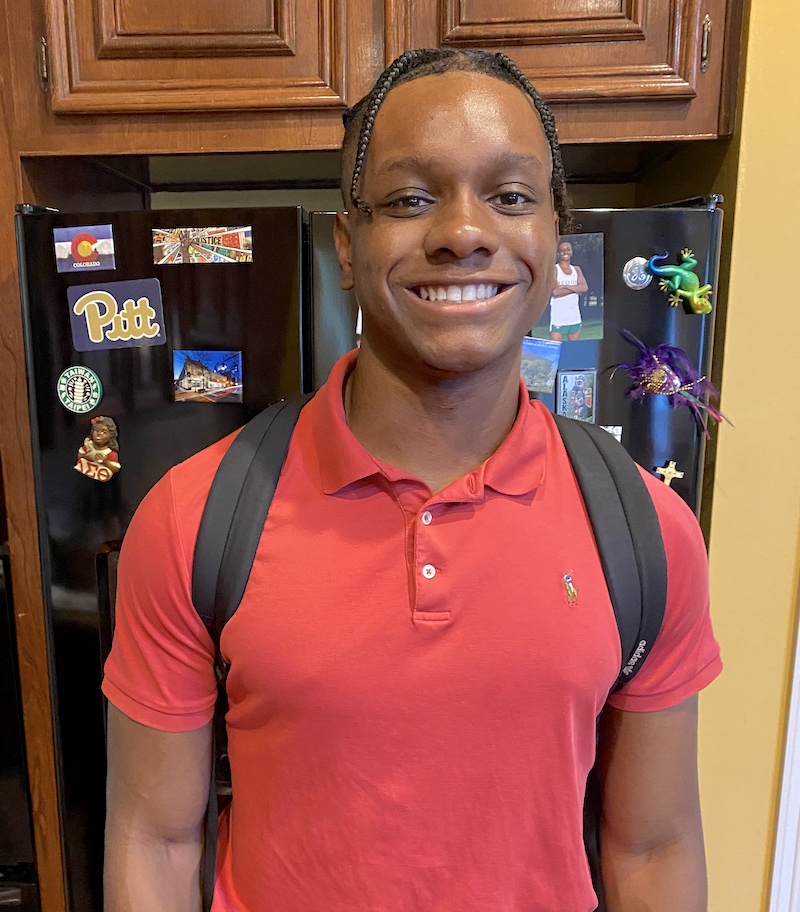 The institute, which formally launched with its first cohort in July 2021, is led by Assistant Professor of Clinical Physical Therapy Terry Richardson II DPT ’14, Associate Professor of Clinical Occupational Therapy Arameh Anvarizadeh ’05, MA ’06, OTD ’07 and USC Chan’s Director of Marketing and Student Recruitment Kimberly Kho ’07, MBA ’15. Richardson is a Xavier undergraduate alumnus, and he is quick to note that Xavier annually produces more African American students who go on to graduate from medical school than any other institution in the United States.

Although the USC Chan Division and the USC Division of Biokinesiology and Physical Therapy are academic units independent of each other, they share proximity, being based out of the same building on the USC Health Sciences Campus.

Their respective professions also have shared interests: to increase the accessibility of clinical OT and PT services available to marginalized populations, to combat bias and racism in care delivery systems and to decrease health care disparities, primarily by diversifying the racial and ethnic demographics of their respective workforces (nationwide, 84 percent of occupational therapists and 84 percent of physical therapists identify as non-Hispanic White, according to recent survey data).

“We decided to collaborate to create a program that is holistic while also very much focused on traditionally underrepresented minorities and underserved communities, in particular Black, Brown and native Alaskan and American Indian populations,” Richardson says. “The only way that we’re going to change the professions is by changing the demographics of the programs that educate future professionals.”

The institute is an example of what are known as pathway programs (which are sometimes referred to as pipeline programs, although that term has largely fallen out of favor because of its insensitive connotations for Indigenous and Native people). While they can take various forms, pathway programs are designed to recruit, support and empower students from minoritized communities to excel at all educational stages. By increasing diversity within a given field, the ultimate goals of pathway programs are to reduce disparities by improving care delivery, providers’ competency, service accessibility and population health outcomes.

“Health care pathway programs like ours are massively important, especially for communities of color and, in particular, our underrepresented communities of color,” Richardson says. “It gets back to equity; we need to give communities, which historically haven’t had the same opportunities, the tools and resources specific to their needs to achieve at the same level as the majority.”

Students like Harris can also testify to the impact of instructor representation on student motivation and achievement.

The pathway concept is well established within academic medicine. According to 2020 data compiled by the Association of American Medical Colleges, 155 medical schools have some form of pathway program. Yet it is surprisingly rare in other health professions’ educational systems. Richardson says he is only aware of two pathway programs in physical therapy education specifically designed for underserved and underrepresented student populations, neither of which utilize an intentionally holistic and interdisciplinary approach like USC’s.

And, in another tangible act to minimize barriers, admitted students participate in the Institute free of charge.

“In a lot of respects, we’re doing something with the USC OT/PT Summer Institute that just hasn’t been done in our professions,” Richardson says.

Belief and belonging are the keys to success

Starting with their earliest brainstorms in 2018, Richardson, Anvarizadeh and Kho were committed to creating a unique program that would do more than just meet students’ academic needs. True to form, Anvarizadeh approached the task like she does any other.

“What’s really important is the consistency and the relationship building, which are at the core of grassroots community work,” she says. “It’s about understanding community, it’s being with people, it’s locking arms and saying, ‘we see you; we value you; you belong here.’”

Anvarizadeh knows well the type of efforts that go into grassroots organizing. She led the charge to implement USC Chan’s holistic admissions process, which in the past three years has yielded the division’s most diverse class compositions ever. She is a founding member and chair of the Coalition of Occupational Therapy Advocates for Diversity, a non-profit organization focused on empowering occupational therapy practitioners to engage in diversity- and equity-driven projects and practices. She is also the vice president of the American Occupational Therapy Association, the professional association for America’s 135,000-plus licensed occupational therapists and occupational therapy assistants.

“These pathways flourish because the people who you’re talking with believe that you care about them,” Anvarizadeh says. “At the core of its success is people believing that you believe in them.”

The belief fostered by the institute has already been transformed into one measure of success: Of the 17 students who completed the inaugural institute held in July 2021, seven have been admitted to USC’s occupational therapy or physical therapy doctoral programs. Some have already begun their graduate school journey barely 13 months after completing the Institute.

“It was refreshing to see this great collaboration build something magical,” Anvarizadeh says. “That’s the beauty of what we developed; we created a community.”

Collaboration and that spirit of community outside of one’s home academic unit are vital for anybody looking to implement a pathway program at their own institution, Kho says. She oversees USC Chan’s recruitment staff, strategy and operations for its academic programs, which range from an undergraduate minor to a PhD degree.

“There are finite people and resources in any given department or school,” Kho says. “For anybody hoping to do this kind of work to expand diversity within their programs, the collaborative element is so crucial for success because there is power in numbers.”

But building a pathway program doesn’t come quickly or easily, either.

“Too many people approach pathways as a one-and-done effort — just create this flyer, make one email, share it and that’s that,” Kho says. “But we did so many things throughout the year to build and sustain the relationships with each of the institutions we partnered with.”

For decades, occupational therapy and physical therapy both have wrestled with the faces staring back in the mirror. Can pathway programs like the USC OT/PT Summer Institute effectively do what countless strategic plans, carefully crafted statements, taskforces and committees have not?

“When I speak in keynotes around the country and world, I talk about our summer institute,” Anvarizadeh says. “And it intrigues people so much that they’ll say to me, ‘Tell me about the institute — What did you do? How did you do it?,’ like it’s a novelty. But this is not some new or wild idea. So it shows that we need to intentionally create places for our faculty and practitioners of color to be involved, get engaged and be empowered to succeed.”

The Institute also proves that a more involved, engaged and empowered student body — the clinicians, faculty and administrative leaders of the future — can be cultivated in a relatively short timeframe, when approached with care, intent and connection.

“Our hope is that, as we continue to develop this proof of concept, we’ll continue to see the fruits of that labor,” Richardson says.

Already, Harris says that his own outlook and habits have noticeably shifted.

“This program has given me — and I’m kind of shocked thinking about it — it’s given me a certain confidence in how I speak about my future career decisions,” Harris says. “I tend to be a more reserved person in the classroom setting, so this experience has motivated me to speak out, engage in more sessions and reach out to more people.”

Harris is back in New Orleans for his junior year at Xavier. He still has two more years of undergraduate work to finish before he hopes to enter an occupational therapy doctorate program. In the meantime, there’s plenty to keep him occupied. The indoor track and field season begins in January, followed by the outdoor season opening in March. But now he has something which he didn’t at the beginning of summer.

“The USC OT/PT Summer Institute has given me pearls of wisdom, or as Dr. Richardson would say, ‘golden nuggets,’ that I can put in my back pocket for the future,” Harris says. “It’s a great program for exposing us to the real world; it’s great for our connections; it’s great to see how programs operate and to see how the health care system operates. This institute has been an experience like none other.”

Learn more about the USC OT/PT Summer Institute at chan.usc.edu/about-us/dae/summer-institute. 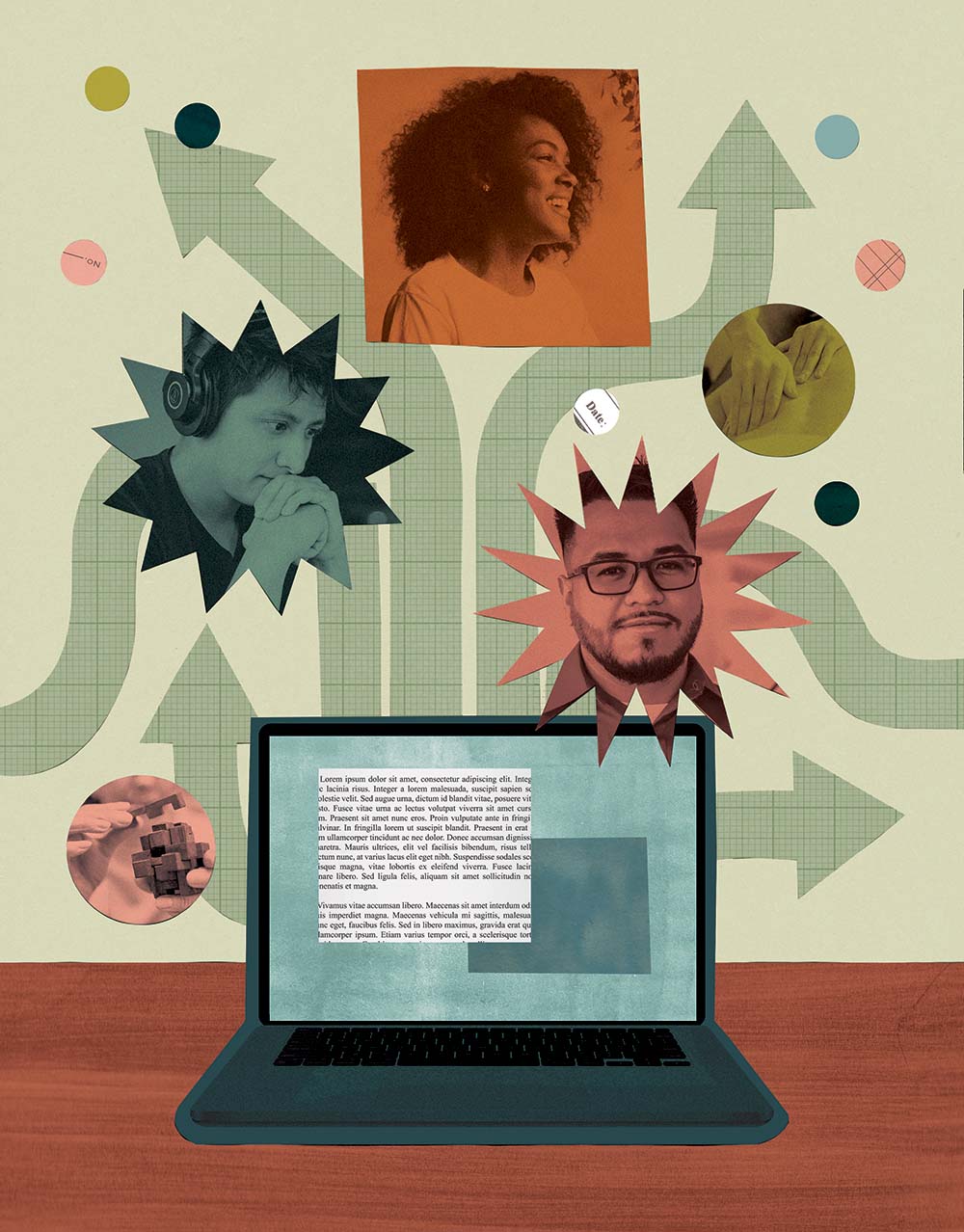