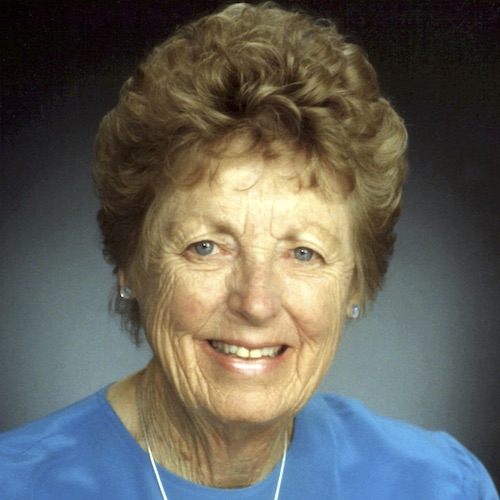 Highly regarded for her contributions to the philosophical base and values of occupational therapy, for her research on life satisfaction of people living with severe disabilities and the nature and management of time, as well as for her work initiating and advocating occupational science research. In 1966, Dr. Yerxa was awarded occupational therapy’s highest academic honor, the Eleanor Clarke Slagle Award, and delivered her Slagle Lecture entitled “Authentic Occupational Therapy.” She was named an AOTA Fellow in 1973, and received the AOTA Award of Merit, the highest award from the association, in 1987. Since 2003 she has been a Professor Emeritus at USC.

Remembering Florence Cromwell >
An esteemed USC alumna and occupational therapy leader passed away on Nov. 5, 2016, at the age of 94
December 1, 2016

2012 Homecoming In Review >
By Mike McNulty During the Division's 2012 Homecoming Weekend on November 9 and 10, alumni, students and friends gathered to open new clinical learning laboratories, celebrate a milestone anniversary, hear the latest from faculty, and celebrate together as the Trojan Family. At the USC Center for…
November 13, 2012