At Pasadena theater, the ghost of Christmas, relaxed
December 20, 2019

How a relaxed performance of “A Christmas Carol” was made possible with guidance from USC Chan occupational therapist.

The lights did not dim and the crowd did not hush when Ebenezer Scrooge stepped onstage last weekend in Pasadena. Rather, some in the audience wore noise-reducing headphones. Others handled fidget toys. All were free to come and go, as quietly or as loudly, as they pleased. At this particular matinee of “A Christmas Carol” by A Noise Within theater company, the longstanding, often rigid rules of theater etiquette were bent to create an inclusive experience for patrons of all ages and abilities.

“It sounds so simple — ‘just sit still and listen’ — but there is a lot happening within your body and brain in order to do that successfully,” said Emily Sopkin MA ’16, OTD ’17, an assistant clinical professor at USC Chan.

Sopkin was invited by Pasadena-based A Noise Within to conduct a pre-show training for their cast, crew and staff members on “relaxed performances,” a relatively new offering at venues such as theaters, cinemas, arenas and museums. Sometimes known as “sensory friendly” performances, a relaxed performance intentionally adapts the social, sensory and environmental demands of a given experience.

During this performance of “A Christmas Carol,” stage lighting and sound effects were dimmed and dampened, the house lights stayed on and audience members wiggled and fiddled as needed without fear of sideways glances or shushing. The renowned plot was presented in just 60 minutes, and the traditional mid-show intermission was eliminated. A Noise Within went even further by producing a “what to expect” YouTube video to prepare attendees before their visit, offering a lobby meet and greet with the costumed cast and implementing a no-questions-asked refund policy if anybody had to make an early exit.

The result was a far less constrained, and more welcoming theatergoing experience.

That is especially important for attendees such as people with dementia, post-traumatic stress disorder and autism spectrum disorder (ASD) and their families who might feel, for any number of reasons, less inclined to partake in social events and outings. Research shows that parents of children with ASD report less participation in community-related activities, compared to parents of children without ASD.

Yet building a more welcoming experience is equally valuable in the eyes of organizations like A Noise Within that are striving to serve all members of the public, regardless of difference.

“In some ways, it’s a social justice issue,” said Sopkin, who has consulted with the National History Museum of Los Angeles and the California Science Center to help create more inclusive experiences and programming.

“Accessibility isn’t enough; the goal is real inclusion. Communicating not just ‘you can come here,’ but, ‘we want you to come here.’” 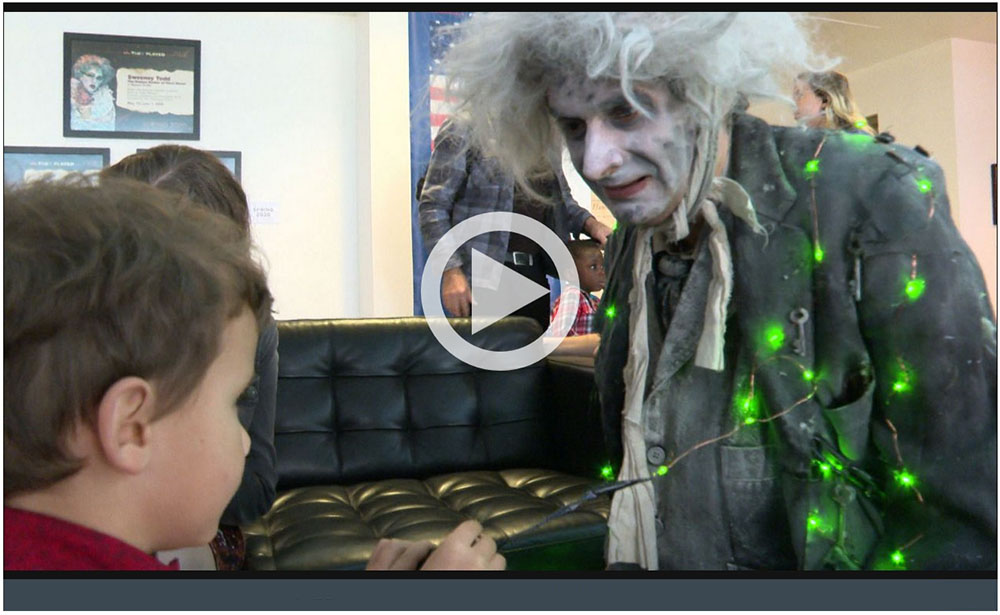 During the week leading up to the relaxed performance, Sopkin led a two-hour workshop at A Noise Within with several dozen cast members, backstage crew, front of house staff and administrators. A number of topics were on the agenda, including the use of strengths-based (as opposed to deficits-based) language, an analysis of the various demands posed by the theatergoing experience and the basics of sensory processing. 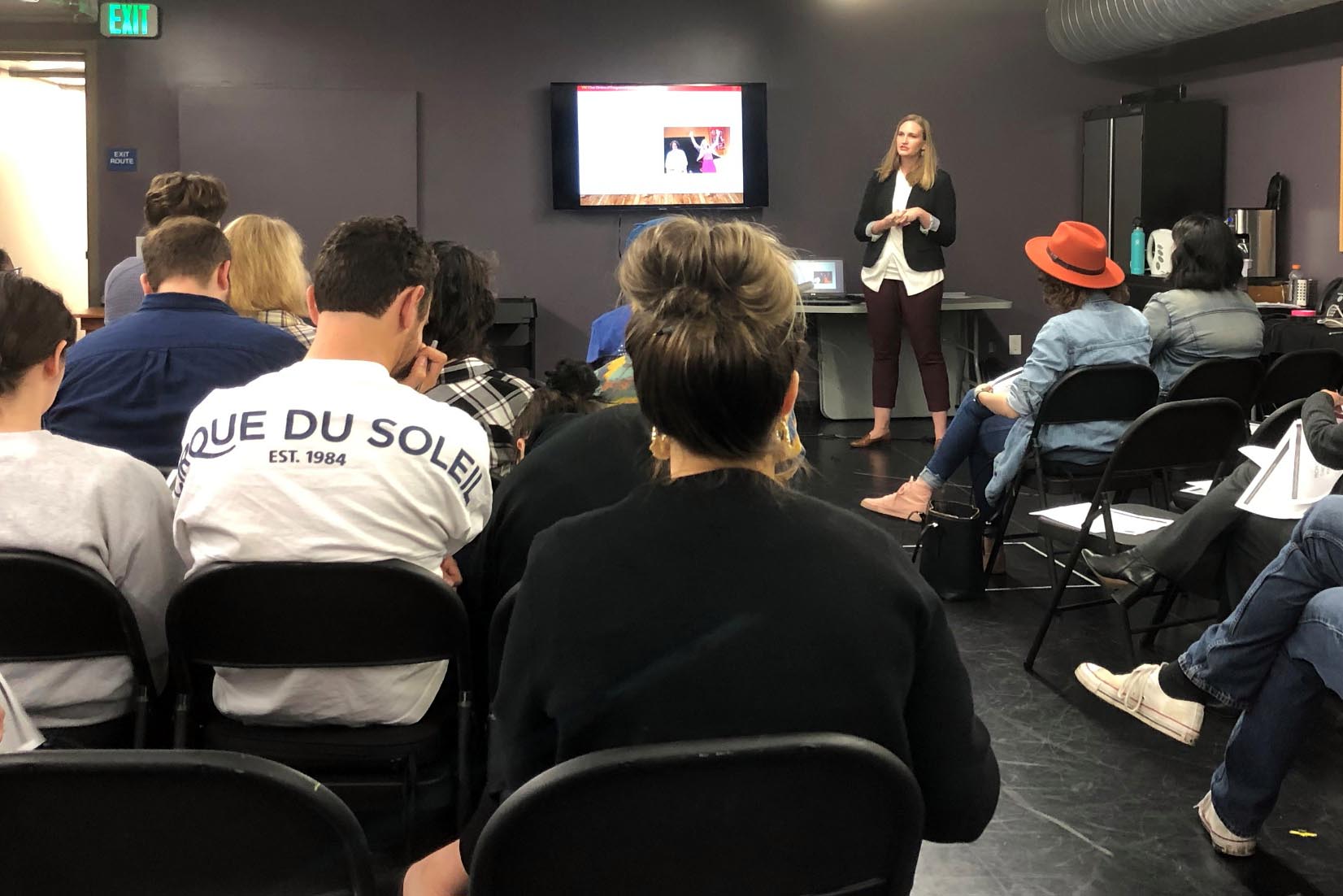 For many attendees, the highlight was an interactive exercise which challenged volunteers to simultaneously read aloud a Shakespeare passage and respond to verbal directorial cues, all while processing distracting sensory input such as flashing lights, startling noises and irritating pokes to the back of neck simulating a prickly shirt tag.

The exercise demonstrated the many ways in which sensory input can impact the performance of what might otherwise seem like simple or common tasks.

“Feedback from the training was overwhelmingly positive,” said Alicia Green, A Noise Within’s director of education and community outreach. “Training actors and staff prior to the relaxed performance is crucial, as it gives them an understanding of not only why this type of production is important, but also gives them some basic background on what it is like to live with a sensory disorder.”

“We [occupational therapists] have an inherent ability to look at the bigger picture and see individuals, families and their contexts holistically,” Sopkin said.

Many occupational therapists work in community-based settings including non-profit organizations that aren’t necessarily focused on health care or maintenance, using their knowledge and skills to support individuals and groups to participate in the activities that they need — and want — to do.

“At the end of the day, this audience is just like any other audience who wants to experience the magic of live theater,” Sopkin said, “and we can create that same magic in a context that’s freeing rather than restricting.”