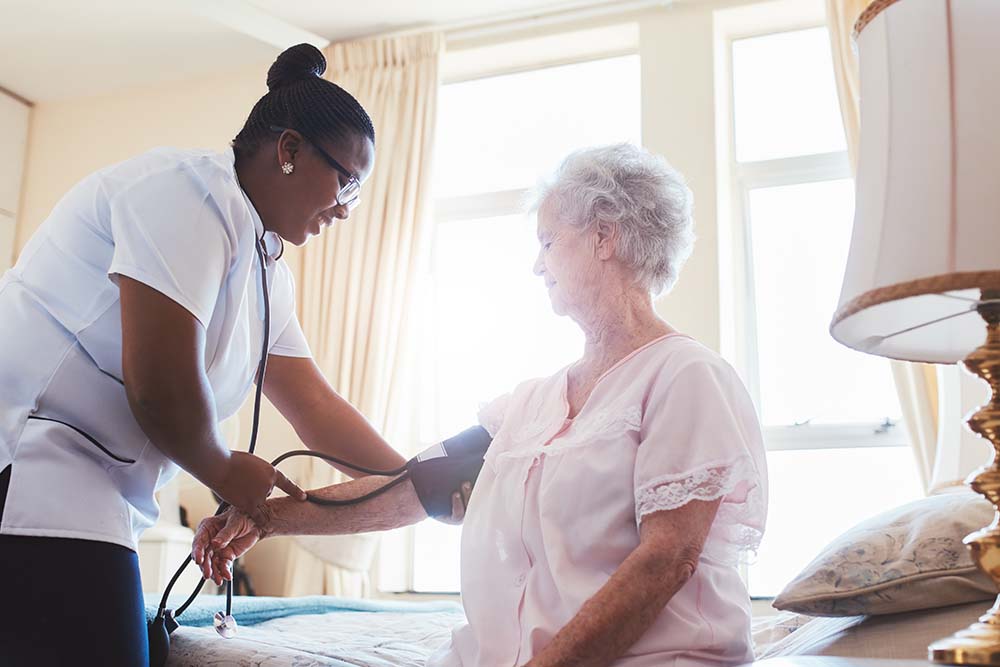 More than half of America’s 1.4 million nursing home residents have Alzheimer’s disease or dementia. On any given day in any of the thousands of nursing homes across the country, medications need adjusting and activities require adapting as residents are monitored for changes.

But when compounded by inconsistent routines, communication difficulties and under- or over-stimulating environments, these diseases can often result in disruptive behaviors like aggression and agitation. If left untreated, such behaviors can contribute to adverse events such as accidental falls, resident altercations and injuries to staff.

To manage these progressive, fluctuating and unpredictable symptoms, patients are often treated with antipsychotic medications, many of which have serious side effects including death. As a result, agencies including the Centers for Medicare and Medicaid Services are eager for ways of enhancing quality and safety with patient-first approaches that don’t depend on medications.

“There are two predominant non-pharmacological approaches to nursing home services for residents with dementia — a multidisciplinary model whereby providers each approach their client’s needs from a discipline-specific lens, versus a more coordinated interdisciplinary team model where there is this shared language and plan of care,” said Natalie Leland, associate professor at the USC Chan Division of Occupational Science and Occupational Therapy. “We know that both models have been independently shown to yield benefits, we’re just not sure which is more effective and under what circumstances.”

At least, not yet.

Thanks to a new multimillion-dollar research award, Leland and a team of researchers including co-principal investigator Felicia Chew, vice president of clinical services at Genesis Rehab Services, will begin comparing the effectiveness of the two approaches with the hopes of demonstrating a difference between the two.

Leland’s $4.7 million study — the largest single research award in the history of USC Chan — is entitled “Optimizing Care for Patients with Dementia: A Comparison of Two Non-Pharmacological Treatment Approaches.” It will be funded by the Patient-Centered Outcomes Research Institute. PCORI is an independent, nonprofit organization authorized by Congress in 2010. Its mission is to fund research that will provide patients, their caregivers and clinicians with the evidence-based information needed to make better-informed healthcare decisions. Results published by PCORI-sponsored studies often influence reimbursement and coverage decisions made by Medicare and other insurers.

During the five-year project, Leland, Chew and their team will randomly implement either the more parallel multidisciplinary approach or the more team-based interdisciplinary approach at 80 nursing home facilities located in 10 geographic regions across the United States. Collaborators will include additional researchers at USC, Thomas Jefferson University and the University of Pittsburgh, as well as a diverse advisory committee.

The award has been approved pending completion of a business and programmatic review by PCORI staff and issuance of a formal award contract.

Leland, an occupational therapist and gerontology researcher who also holds a joint faculty appointment at the USC Davis School of Gerontology, will be looking at differences between the models with respect to the amount of off-label antipsychotic medications dispensed to residents as well as the numbers and frequencies of disruptive behaviors and the impact on fellow residents, staff and families.

“This is a key clinical dilemma facing nursing home staff trying to weigh the benefits and drawbacks of alternative non-pharmacological approaches to best caring for their residents,” Leland said. “Transforming the quality of dementia care in America’s nursing homes is fundamentally about improving quality of life for patients, their families and their advocates.”