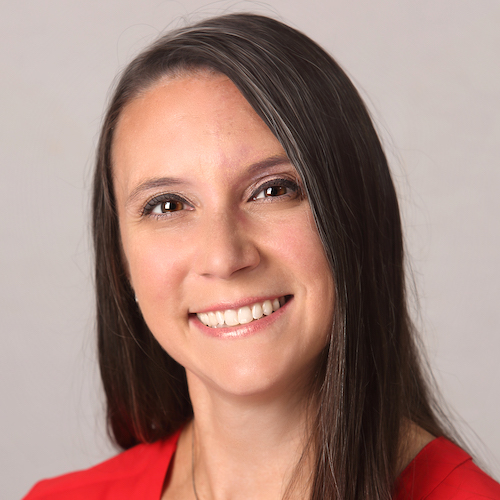 Assistant Professor of Research Stacey Schepens Niemiec Postdoc ’13 has been selected to participate in a scientific training program funded by the National Institutes of Health that supports junior scientists to develop innovative research approaches for reducing Alzheimer’s-related health disparities.

The Interdisciplinary Aging Research to Address Health Disparities in Alzheimer’s Disease and Related Dementias (ADRD) program is funded by the National Institute on Aging and runs in partnership with the USC Edward R. Roybal Institute on Aging. The two-year program supports 10 emerging scholars with structured mentorship and two annual conferences, the first of which was held at USC in late October. The goal of the program is to accelerate the next generation of scientists working on projects that can ultimately reduce ADRD health disparities.

“The ADRD training program is a perfect opportunity to strategically build my research skills and interdisciplinary network in the arena of health disparities in dementia research,” Schepens Niemiec said. “That will undoubtedly improve the effectiveness of the interventions I am currently investigating.”

Although considerable public resources have been invested in research to address the profound effects of ADRD on individuals, their families and society, disparate outcomes are still experienced by middle- and older-aged adults of lower socioeconomic status and historically underrepresented racial and ethnic groups. For example, African Americans are disproportionately burdened with vascular dementia, compared with other racial groups. That disparity is partially attributed to higher risk for cardiovascular disease, a condition which, in some cases, can be prevented through healthy lifestyle and routines. However other challenges, such as limited education and lack of access to quality health services, can inhibit the uptake of preventive health behaviors.

Guided by the NIA’s Health Disparities Framework, the ADRD training program functions as an “incubator” for emerging scholars like Schepens Niemiec, whose research focuses on the underlying mechanisms that facilitate or inhibit healthy aging, and various methodologies that emphasize activity participation. She uses a multidisciplinary approach that leverages her training in occupational therapy, instructional technology and gerontology. Her current projects include adapting a physical activity smartphone app for seniors who have mild cognitive impairment/dementia, and she is looking to extend this intervention to underserved seniors living in rural communities.

Schepens Niemiec will be mentored by Shinyi Wu, associate professor of social work at the USC Suzanne Dworak-Peck School of Social Work and of industrial and systems engineering at the USC Viterbi School of Engineering. Wu’s research focuses on identifying and applying fundamental industrial engineering tools and techniques to solve important system performance problems associated with the health care industry and health promotion policy.

“The experts who presented at the first conference challenged us trainees with provocative questions about underlying factors that fuel the disproportionate burden of dementia in minority populations,” Schepens Niemiec said. “The opportunity to be immersed in an environment that tackles dementia-related health disparities through interdisciplinary action will help me to develop more robust, effective and culturally sensitive interventions for under-resourced groups.”

The USC Roybal Institute, part of the USC Dworak-Peck School, was established by the late California Congressman Edward R. Roybal, a champion for civil rights and tireless advocate on behalf of families affected by Alzheimer’s. Today, the Roybal Institute carries forward the congressman’s legacy by promoting the well-being of older adults and people aging with disabilities through research, scholarship and advocacy.

“This is a unique and exciting opportunity to build critical knowledge and skills that I need to contribute to impactful research aimed at reducing racial and ethnic disparities in ADRD.”

Next is On Capitol Hill as an OT Student