Let’s Go Out and Play 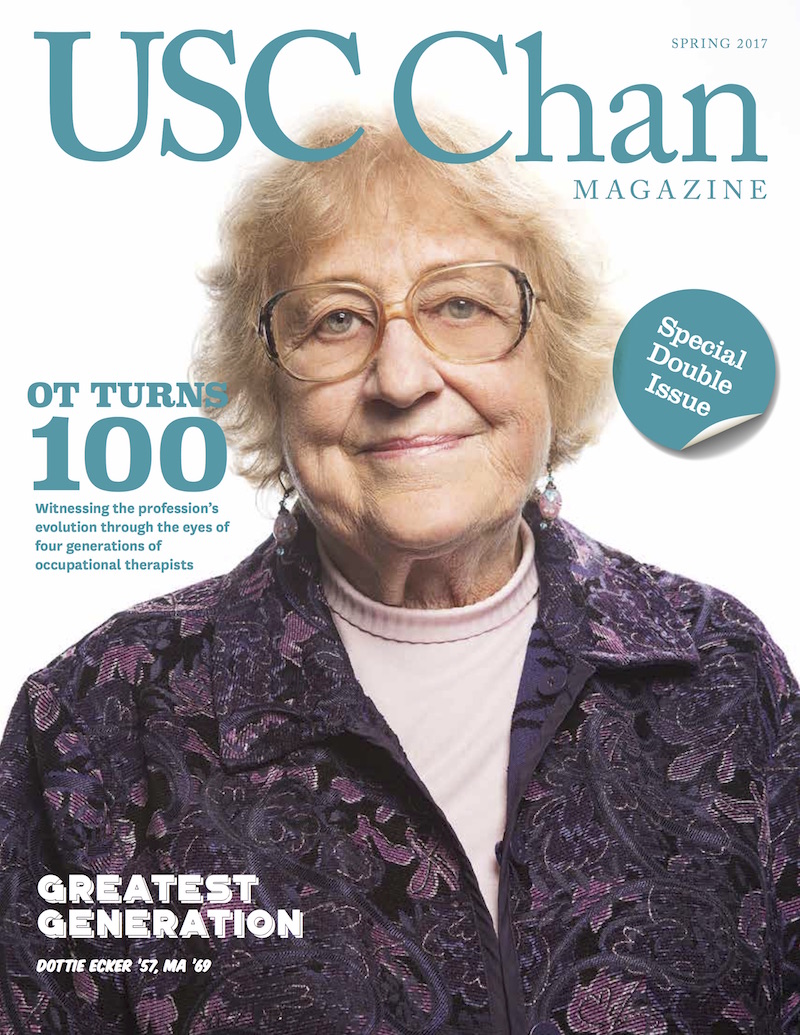 “Barbie’s Dreamhouse is actually a nightmare for wheelchair Barbie,” says Samia Rafeedie, assistant professor of clinical occupational therapy at the USC Chan Division of Occupational Science and Occupational Therapy. “Mattel made the doll and the Dreamhouse, but she doesn’t fit into the space.”

“We had all these beautiful perspectives from a multidisciplinary team,” explains Rafeedie, who presented the findings at conferences. “We picked apart the Dreamhouse and looked at it from different layers and lenses.”

The presentation also included an occupational therapy-designed Dreamhouse that was accessible, appealing and would facilitate independence as Barbie aged.

“Attendees were able to play with both houses and compare the differences,” Rafeedie says. 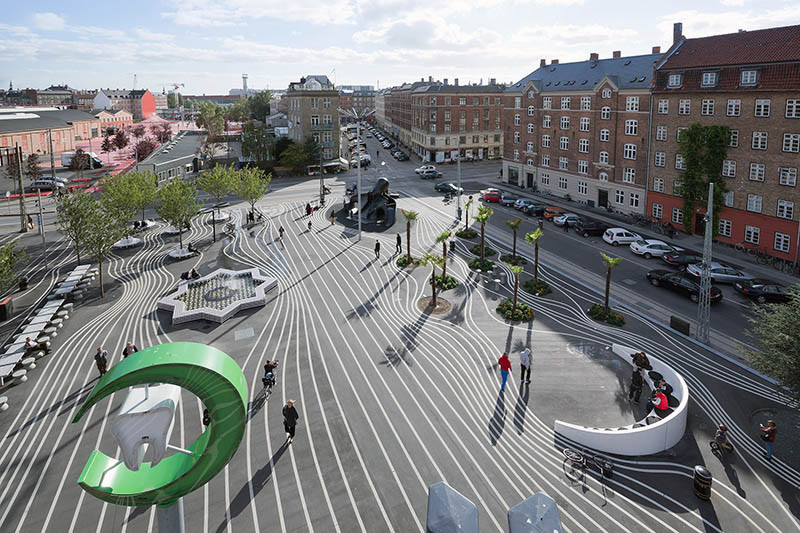 A shared continuous surface in Copenhagen, Denmark that allows for multiple forms of play | Photo by Iwan Baan

Not Just for Children

A year ago, Rafeedie, Tang and the same team of occupational therapists began planning another project focused on play.

The proposed Green Alley PLAYlab would transform an industrial area of downtown Los Angeles into a pop-up playscape for people of varying ages and abilities.

“When we say ‘play,’ we’re not just talking about children,” says Tang, assistant professor of landscape architecture at Cal Poly Pomona. “We use the term very openly as it relates to health and physical activity.”

“You have to play in order to be successful and productive at work and school, and I think that concept gets lost in Western culture,” she says. “We need to find creative and inclusive ways to be active, and there’s nothing better than being outdoors for psychological, physical and emotional well-being.”

While still in development, the PLAYlab has received a private donation from a Los Angeles developer and is being considered for different grants.

“I think it will happen one way or another,” Tang says. “We’re just waiting for things to come together.”

From Alley to Playspace

Depending on funding, the team could break ground soon on the playscape, which would span an Arts District alley near a large housing complex.

“It’s an ideal space because there’s quite a bit of shade in one section, so it’s pleasant and easy to stay awhile,” Tang explains. “Plus, it’s adjacent to a residential block where many families live.”

Like Barbie’s Dreamhouse, creating a maximally inclusive playscape with a broad community in mind required collaboration from multiple disciplines.

“It became clear that if we were going to incorporate all ages and abilities, we needed to understand these populations beyond what we know as designers,” Tang says. “Having OTs involved with specific areas of expertise in specific populations will help people really respond to what we’re designing.”

Rafeedie adds, “OTs are very client-centered, and that’s where conversations with Rennie get very exciting. We can narrow the discussion down to mobility issues or certain deficits because we have a medical background [that an architect] doesn’t.”

Tang sees the expertise of OTs as instrumental in design, particularly when it comes to outdoor environments shared by all walks of life.

“Most designers take the default route of simply following the ADA guidelines and meeting those defined standards,” Tang says. “But I think that can often lead to token gestures like adding an accessible swing on a playground or changing a surface to meet the accessibility guidelines.”

Rafeedie agrees. “I think when you say ‘accessible,’ people often think about wheelchairs,” she says. “But it’s so much more than that, including cognitive, mental, physical and visual deficits. How do you create a safe space that’s fun for everybody? That’s where the team went with this project.”

Instead of simply making PLAYlab accessible, the team wants the space to challenge those with disabilities.

“There are different attitudes toward being disabled and that was enlightening for me to learn,” she says. “Now, I feel inspired that we could consider offering a broader range of possibility in terms of challenge or spatial variability.”

With help from Rafeedie, Tang also considered how secondary disabilities — the social and emotional challenges that come with having a disability — could be factored into design.

“It further reinforced my thinking that designing for the disabled isn’t simply a matter of accommodation,” Tang says. “It’s about really understanding the complexities of what it means to have a disability.”

This level of multidisciplinary integration when conceiving a space was “incredibly beneficial” for Tang.

“We’re all working to make places less segregating, and I think there’s huge potential for play to really change neighborhoods in a positive way,” she says.

Through an OT’s Eyes

The proposed partnership between architecture and OT would not end once the final touches were put on PLAYlab.

“If we’re able to implement the project, we need to monitor, research and analyze the playscape to see who’s using it and how, so we can access whether it’s truly effective in welcoming all these populations,” Tang says.

“I think there’s so much opportunity,” she says. “OTs understand ergonomics and how to look at an environment and find a fit between a person’s abilities and the occupation being done.”

More than a singular space, Tang sees inclusive designs like PLAYlab as becoming part of a shared attitude.

“This kind of neighborhood would be really conscious of all public spaces: sidewalks, streets, alleys and parks,” she explains. “Residents would view outdoor environments as a continuous network that can be modulated in different ways so everyone can find their own comfort zone within the same space.”