In July, Director of Admissions and Associate Clinical Professor Arameh Anvarizadeh ’05, MA ’06, OTD ’07 made history as the youngest and first African American-Iranian woman to become vice president of the American Occupational Therapy Association. She recently sat down with the USC Chan Magazine to talk about her action-packed agenda as Vice President, her hopes for the association and where she sees the next generation taking occupational therapy.

You officially became AOTA Vice President in July; what does being elected to that position mean to you?

First, thank you so much for the space to chat about what this means to me, because it’s not really about me. Being elected AOTA Vice President is about making an impact upon the people I can help bring up after me. I can say, ‘listen, you probably haven’t seen somebody like me in this role, but you can do it too, you can be a leader in this way or that way.’ So it’s personally significant because of the impact upon the next generation in our profession — to have an opportunity to open the door for others.

It’s the idea that representation really matters. How do you see greater representation of diverse identities in leadership positions changing occupational therapy at large?

AOTA’s Vision 2025 wants all people, populations and communities to have access to quality healthcare, including occupational therapy. So how do we do that? It’s no secret that we are a primarily White, female profession. But the communities we serve are not, and not only in terms of race or gender, but in all sorts of intersectionalities. Representation is not just an empty slogan. By increasing representation throughout our profession, we can better connect with and understand our clients, which evidence shows can lead to better outcomes, access and satisfaction. The ultimate goals are to decrease health disparities by making AOTA the premier resource for occupational therapy issues, concerns, spaces and research.

Let’s talk about superficiality versus substance. What has happened in the last year, inside and outside of the profession, which has empowered so many substantive dialogues and actions on diversity and equality?

We’ve been in the midst of two pandemics — COVID-19 and social injustice — and I think that we’re at a pivotal point in the moral arc bending more toward justice. The coronavirus kept us stuck at home and forced to be still in our thoughts, to sit with injustice in a new way. But injustices are not new; what happened to George Floyd is not new. But what is new is that, even though we were all socially distant, we were all connected, we were all present.

We were all watching in a really unprecedented way.

Yes, we were watching. I really feel like it erupted; something that was already bubbling hit a boiling point at which we could no longer remain silent. Whether you identify as marginalized or not, we all can utilize our voices not only to advocate for, but to be accomplices in, making the changes we want to see. As occupational therapists, educators and students, we can be at the forefront of that work to decrease barriers, so that all people can have equal opportunities and access to occupations. The idea of uniting OTs was central for me in working with others to found the Coalition of Occupational Therapy Advocates for Diversity (COTAD), a non-profit organization striving to empower occupational therapy leaders to engage in practices that increase diversity, equity, inclusion, justice and anti-oppression. When we all come together, we can all serve our communities in equitable ways.

When it comes to making those types of significant changes for the profession, what is on your AOTA Vice Presidential agenda?

Great question. First, given the environment that we’ve been in for a year and a half, we have to evaluate how things like the Annual Conference and Expo can and should be changed for the better. We have to thoughtfully answer the question, “What should the new normal look like?” I recently served on the AOTA governance restructuring committee, so we’re also continuing to explore ways of reshaping and restructuring that can be incorporated throughout the association. Hopefully, we can take actions that make progress toward a lot of the priorities that AOTA members want to see, which will lead to greater relevance and transparency.

Transparency across all organizations seems more important now than perhaps ever before. Personal transparency was also part of your Vice Presidential platform — people see something real in you.

Here’s the deal. I bring authentic leadership, and I stick to my core values. I don’t believe in being performative — I like to see things happen. I don’t want to be on a task force for two or three years and just sit still. I want to make systemic, sustainable changes, and see things come to fruition. It’s so important to have an association that, like I said, is transparent and accessible. Members need to see how things are organized, and know how to get involved. Our up-and-coming generation plays no games — they want transparency, they want diversity, they want impact. And I want to be very clear with them that we are indeed addressing AOTA members’ needs. My goal is to be sitting at the table to say, ‘these are the things that matter.’ We’ve got to walk the walk. If people don’t feel like you’re walking the walk, then it’s a wrap.

One example of how you have led the way on systemic change is implementing a holistic admissions process at USC Chan, which is now in its second year of admitting students to our entry-level graduate program. What has building that process been like?

Getting things done is no easy feat. It takes advocacy, getting buy-in and a ton of behind-the-scenes resilience. But we got it done at USC, and we can be a blueprint across this country for holistic admissions. I’m very proud to say — and I say this with 100 percent confidence — that the 2021 cohort was the most diverse cohort ever for USC occupational therapy. And I said the same thing last year, when we had just started holistic admissions! We have admitted the most Black and Brown people, people who identify as LGBTQIA+, people with disabilities, older adults, people who are undocumented, military veterans, I can go on and on. That means there are more life experiences, more perspectives and more dynamics in our classrooms, and eventually that will better serve our communities. I want to thank our phenomenal admissions and recruitment teams and our admissions committee, and I’m so grateful for leadership support from Dr. Grace Baranek and Dr. Julie McLaughlin Gray. It was a team effort.

Maybe it’s premature to be asking this at the beginning of a three-year term in office, and nobody has a crystal ball, but what do you think will be the legacy of AOTA Vice President Arameh Anvarizadeh?

I want to be able to get into some good trouble! I want to leave a mark that inspires others to also get into good trouble of their own, by being action-oriented, by shifting the culture of the association and by doing everything with intention. I hope I can be an authentic leader who stuck to her core values, connected hearts and minds and created lasting change. And then I’ll mentor the next person in line to continue filling the spots behind me.

Before we end, on a personal note, you just became a new mother, and released a beautiful announcement video on your Instagram profile @drarameh. How is motherhood changing your outlooks or perspectives?

In a work culture where productivity is everything, I don’t think you get a chance to really situate yourself to understand that you’re creating life — life! My husband and I went on a babymoon trip, and it took me three days to disconnect from my professional responsibilities. During the babymoon, strangers who saw my pregnant belly would come up to me and say, ‘wow, how beautiful, you’re expanding yourself, you’re expanding your family, what a blessing!’ That was the first time I really felt like I am engaging in a new occupation, that my identity is shifting and that I’m embracing a new role. Motherhood is giving me perspective on how to be grounded in what it is that I value most, which are relationships. Those relationships have been with family, at work or in the community, and now, it’s this new relationship with my baby boy. I’ll keep growing into this role, but right now, it’s about being grounded even more in what I value most. 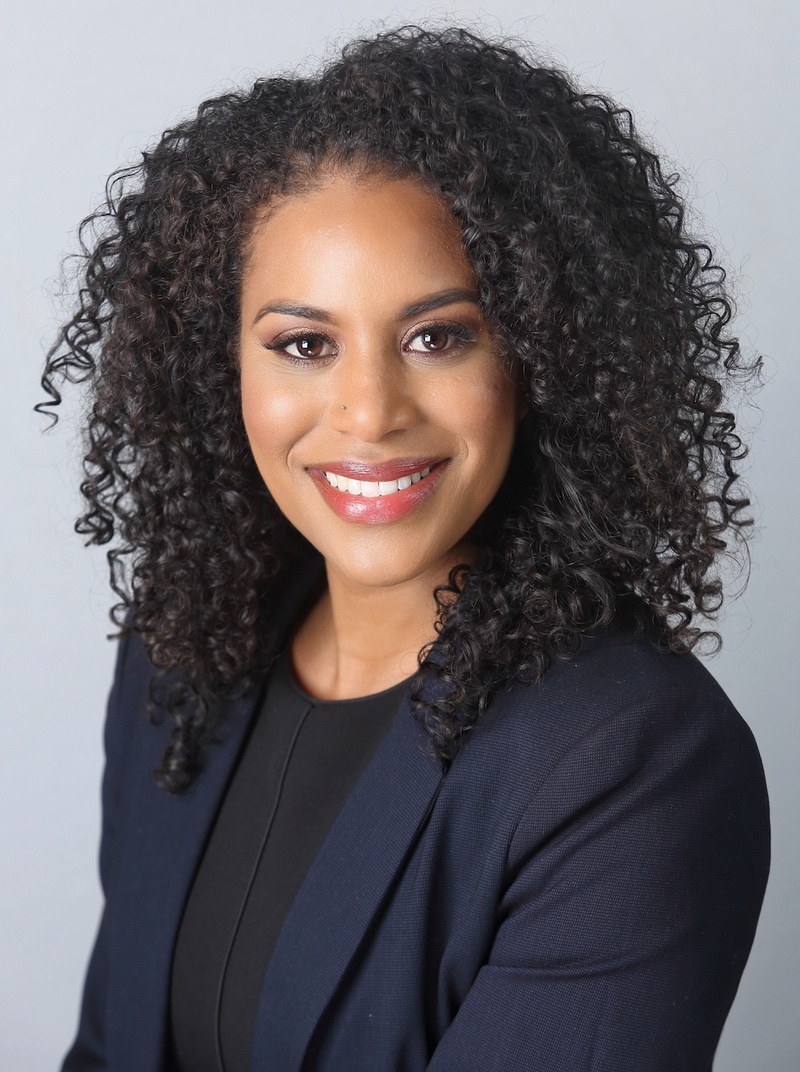