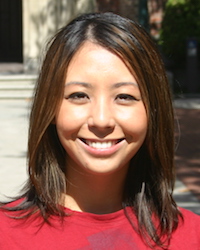 Practicing Occupation at a Senior Facility >
October 5, 2010
by Carissa
1 comment

Occupation as a treatment modality.

During this past summer fieldwork at a senior facility, I found importance of putting into practice what all of our teachers have drilled into us — using meaningful activity not only as an ends for our treatment but as a means to get there. While this idea is easier to understand with kids, as play is meaningful to most children, it definitely takes a second or third thought when dealing with older adults. What is the individual’s goal?  What motivates one person doesn’t necessarily motivate someone else. After using an interest checklist to see what mattered to my clients, I found that many of them loved to dance. Without a second thought, with the assistance of my clinical instructor, we set up an occupational therapy dance group. We tried to incorporated everyone who found dancing to be meaningful, including those who had experienced strokes, those with constant pain, those in wheelchairs, those with arthritis, those with Alzheimer’s, and those who just wanted to lose weight. The dance sessions consisted of mainly merengue and cumbia, with everyone voting for these latin beats. There was also opportunity for patients to bring in some of their own music and/or instruments. We found regulars in a group of people who did not regularly attend OT, people who attended mainly for a hot pack, or people with a tendency to be unmotivated for therapy. After about 5 weeks, with sessions 2x/week for 30 minutes, people were reporting decreased pain and losing weight (about 5 pounds!). Using occupation sets up for success. Not only did the clients enjoy themselves and benefit from treatment, but it was also therapeutic for me. I loved it! This made for an exciting summer far different from the typical 9-5 desk job.

Why Occupational Therapy? >
September 30, 2010
by Carissa

My decision to go in the occupational therapy field didn’t happen overnight. After graduating with a Bachelors in psychology without ever hearing one word about occupational therapy, I ended up working as a behavior therapist for children with autism. After two years of working, for the first time, I met an occupational therapist. I remember asking her, “Don’t occupational therapists mainly work with people trying to find a job?” and “What really is occupational therapy?” While I can’t remember her exact response, except that she was amused with my first question, I do remember the impact she made on my client. I observed major progress with one of my clients with severe autism. After working with the occupational therapist, he made rapid, visible progressions in his relations with his peers. She targeted the child’s functional play by helping improve his coordination and limb strength. Initially, during recess, the child refused to be around other kids and preferred to collect tanbark at the side of the playground. However, the more he worked with the OT, the more he ventured out into the playground. During recess one day, he joined his peers playing outside and courageously began to scale the rock wall on the play structure. For the first time, I saw this child taking pride in his own achievement. His other classmates, who were previously afraid of him, also somehow became more accepting of him after this incident.

After this, I was convinced this was a powerful field. It was also a field that could make use of my work experience as well as many of my other interests. With one year of preparations and volunteering occupational therapists at a local hospital, I found myself back in school.