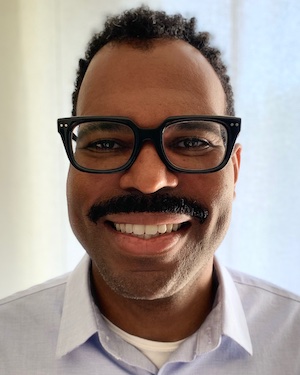 Very soon there will be many of you who will make the decision to come to USC to study occupational therapy or occupational science. Congratulations! For some of you this will not only be the start of a new career but will also be a major move to a new city. You may be like me and be moving from all the way across the country, or you might be coming from another part of California. Either way you will be dealing with the stress of moving to a place where you have never lived before. I don’t know about you, but I never spent any time in Los Angeles (LA). I had been to the airport a few times, and downtown once. I had gone to Disneyland, and I went to the Rose Bowl for a football game. Other than that, I had no clue about LA. I also had many preconceived ideas of Los Angeles. I knew that the public transportation system was nothing compared to NYC so I would probably need a car. I knew there was a lot of traffic and LA was quite large so getting around in the car could be rough. I heard living in LA was much cheaper than NYC. I heard that living on the beach or the Westside was the only way to go. Finally, everyone told me that as a city, LA offered just as many cool things to do as New York. Some of my ideas have turned out to be true and some have turned out to be very wrong. Before I came to LA there were a few questions I wish I had the answers to. Over the next few blogs, I will be answering those questions and talking about what the transition to living in LA has been like for me. Here are some of the questions I had:

Do I need a car?
It depends on where you live and what you like to do. If you end up living on or near the Health Science Campus or the Main Campus, and plan on studying most of the time and not needing or wanting to go outside of the LA metro area including the beach, where there is a will there is a way. You might be able to get away without your own car by using UBER or Lyft, university sponsored outings, the metro or bus, and the kindness of your fellow students who have cars.  I know students who live on the Health Campus and near the main campus who don’t have cars and have been able to have a great time exploring LA even during the pandemic. Not having a car is possible, especially if you live on campus but it depends on how much you need or want to get away from school. However, make no mistake about it, if you are coming from a city where the public transportation enabled you to go without a car (I’m looking at you Chicago, Boston, NYC, DC, any major international city) and you are used to being able to just jump on a train or bus quickly to get anywhere you want to go in minutes, then you might want to consider figuring out how to get yourself a car or at least watch one of the many amusing videos out there by people who live in LA without a car. Just google “how to live in LA without a car”.

If you live off campus it is also possible to live without a car but much more difficult. I live in a neighborhood that is not very far from the main campus or the Health Science campus. Even under the best conditions when I have used public transportation to get to school it takes me a minimum of 60 minutes for what usually takes me 15 – 30-minutes to drive myself. When we decided to buy a car we ended up getting a car with excellent gas milage (close to 38 miles/gallon) and are even now contemplating getting an electric car. LA gas prices are not cheap. If you are coming from the South or the Midwest you will be shocked by California gas prices. Don’t be surprised if you see gas that costs $4.50/gallon or more!

Can I live on the beach or the Westside? What is the Westside?
Well to give you a sense of Los Angeles, and my apology to native Angelenos reading this, the Westside of LA pretty much encompasses the beach areas of LA from Playa del Rey in the south and near the airport to Malibu in the north. It also includes areas like Brentwood (where VP Kamala Harris used to live), West Hollywood or WeHo, Beverly Hills, Santa Monica, Venice, Century City, and Westwood (where UCLA is located). It’s generally anything close to the highway/freeway called the 405. Before I got to LA, every Angeleno I met had very strong opinions about the Westside. They either thought it was the only place to live in LA or was too difficult to get to from other parts of the city.  I didn’t have a clue what all this controversy was about. Living where I live now, I get it and I don’t really go there much. Sometimes on the weekend I will go to the beach or to meet a friend, but rarely do I go there during the week because of traffic. It can take me an hour or more in traffic especially in the morning or night! However, I do know some great people there and it is a nice part of LA. If you have a strong desire to live on the beach or the Westside, when you start to look for a place just be prepared for two things: it can be much more expensive than other parts of the city, and you will need to consider the distance to school. It’s quite far from the Health Science Campus. Look it up on a map.

If I can’t live at the beach, where else would be nice?
If you are looking for something not too far away from the beach but kind of in the middle, there are students who live in Inglewood, Mid-City, Culver City, and Fairfax/Melrose. I also know some students that are big fans of living in Long Beach. All these neighborhoods for the exception of Long Beach are equal distance from the beach and the Health Science campus and are much more affordable than living at the beach. There are some great neighborhoods in the eastern and northern part of LA too. I know students who live in Echo Park, Silver Lake, Burbank, South Pasadena, Glendale, and even parts of the Valley. While I don’t know much about any of those other neighborhoods, I do know students who live in these neighborhoods, like it, and the seem to make the commute work. These areas are also relatively affordable. Check out this article in Thrillist if you want to know more: Where should I move in Los Angeles?

When I was searching for a place, I primarily used the website Zillow and RentCafe. Zillow is great because there is a walker score for every neighborhood, which basically tells you if you can get places around the neighborhood by walking and without needing a car. It also gives you a sense of how much greenI was also fortunate enough to make a trip out to LA and spend a couple of nights in an Airbnb in one of the neighborhoods that looked interesting to me (Los Feliz). Funny thing is now I live right down the street from where the Airbnb was!

I wish you the best of luck as you begin to think about and plan your move to Los Angeles because LA rent is not cheap. One bedrooms in LA on the low end are about $1800-$2,000/month! Renting a room is of course less expensive if you don’t mind roommates, and there is always on-campus housing. For more information about living on or near campus, check out this great blog from a Joyce, a former ambassador: Help! Where do I live?!. Also please feel free to reach out to me or any of the other ambassadors if you have any questions about where to live.

Next up: What’s it like after you move to LA?

Next is Taking a leap of faith: transitioning from SOTI participant to a full-time OTD student Next by Guy is How to go to OT graduate school after being out of school for a long time/Step 4 — Getting letters of recommendation

Next by tag  Housing and Transportation >