Defeating the Feelings of Inadequacy and Non-belonging 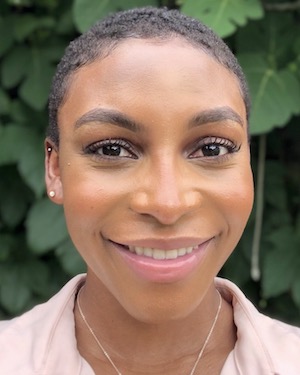 Yesterday, I presented at the student organization fair to give students some information about COTAD. When we, the presenters, were introduced, Dr. Rafeedie referred to us as “second year students.” I am still shocked every time that I hear that phrase. It has already been a full year of graduate school. Am I really half-way done? This question made me think about how I got to this point and all of the feelings of inadequacy that I had to tackle along the way.

The doubts started when I first began my pursuit of higher education. Before my first day of college, I was eager to attend a highly ranked school. I wanted to be challenged. But when I arrived, I was challenged in more ways than one. No one there looked like me. The number of Black students was roughly 5%. And of those Black students, even less were African American. And of those African Americans, few came from low socioeconomic backgrounds. Naturally, I felt out of place due to my race, ethnicity, and income. Along with sharing a class with people from some of the best private high schools in America, I recall questioning my belonging at least several times a week. I do not remember telling anyone about these feelings. My best friend in college was Black but she was not African American and her education was completely paid for by her family. My college was private and very expensive by the way. So, I did not think she would understand. I thought about calling my best friend from high school but she decided not to attend college and was starting a family. She would not understand either. Instead, I pushed those thoughts deep down inside and trucked along. When I graduated, it was the biggest accomplishment of my life. I was so proud! My family was proud! My community was proud!

After college, I knew that I wanted to become an occupational therapist. That, of course, meant going to graduate school. Like I did for college, I traveled across the nation to attend graduate school. I had no family or friends with me. I was starting anew. However, I had already done this once. It would be easier this time. Not so much. Very quickly, the feelings of inadequacy came back. As I walked down the hallways of Chan, I saw portraits of influential women in occupational therapy. Not one portrait was of a Black woman. When we entered the large G37 lecture room, I continued my search for other people that looked like me. I found two. As a class of 144 people, this meant that Black students made up 2%. Truthfully, it was not surprising. Though half of African Americans attend college, according to the National Black Occupational Therapy Caucus, only half of that percentage graduates. According to AOTA’s workforce data from 2014, the percentage of Black occupational therapists is only 4%. With these statistics, it began to feel like this was not the right place for me. But there was a turning point.

During our first summer of the program, we had the honor of receiving a lecture from Dr. Lela Llorens. At our lecture, she spoke about her challenges as a Black occupational therapist and her own feelings of non-belonging. Without knowing, she validated my emotions. Despite her feelings of estrangement, Dr. Llorens greatly influenced our profession’s body of knowledge. In 1969, she received the Eleanor Clarke Slagle Lectureship award—one of the greatest recognitions an occupational therapist can obtain. Additionally, in celebration of occupational therapy’s 100 year history, Dr. Llorens was recognized in AOTA’s list of 100 influential People.  Hearing about her achievements dismantled all of my negative thoughts. I have come this far, and I will keep going. Maybe this place was not originally designed for me but there is space for me now. There is space here for others like me, too.

Here are my suggestions for when you feel like you are inadequate or do not belong:

You have jumped over hurdles and navigated barriers time and time again. That is no easy feat! Whether you are just now entering college, finishing college, starting your masters, or completing your OTD, your accomplishments thus far show that you are capable.

When there is already a feeling of non-belonging, it is easy to focus on the negatives. It can send you into a spiral of emphasizing your “failures.”  Instead, view everything as a learning tool. If it did not work in the past, what can you do differently? And if it did work, celebrate! Reward yourself! Break the cycle of dismissing validation.

Create a detailed image that affirms your desired outcomes. See the bigger picture. When we have a concrete idea of what we are working toward, we stay motivated. Small rocks in our path may make us stumble but never fall. Do not lose sight of the ultimate goal.

Next is My Freshman Year Experience at USC >

Next by Lamoni is How to be an Ally >

Dear Lamoni,
Thank you so much for sharing your thoughts and experience. Beautifully written and described. I am proud of all you have accomplished.
Sharon Cermak
Prof OT at USC

I’m interviewing Dr. Llorens again this week for our new first year students and came across your very timely posting! Thank you so much for sharing.

Congratulations, Lamoni: You certainly do belong. I enjoyed reading your blog. You are on the right path to a very bright future. Thank you for sharing your thoughts. I have the pleasure this summer of speaking to the class again. It is always an honor. Lela Llorens, Professor Emerita, San Jose State University,