Into the Unknown: From Outer Space to OT 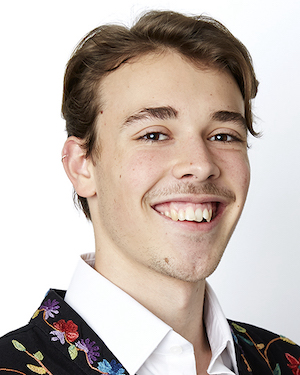 I wanted to see the stars.

As a kid I went through all of the answers to the question: “What do you want to be when you grow up?” and I thought I had it all figured out. To be fair, it wasn’t always so clear. There was the time I wanted to be an archaeologist and then an architect, but eventually as I grew and matured I settled on something a bit more nuanced; not an astronaut, but an aeronautical engineer! And I was determined to make it happen. From that moment on, I decided to commit myself and dive right into my high school’s engineering program. Maybe if I had looked further down the alphabet, and by that I mean, anything past the letter “A,” I could’ve saved some time and some sleepless nights. You live and you learn.

But at this point you must be confused, right? You’re on the Chan Division of Occupational Science and Occupational Therapy student ambassador blog page and I’m here talking about space and high school. So what gives? What changed? To be honest, it was just by coincidence (followed by a lot of research). At that point in my life, I was so focused on building trebuchets and cardboard boats that I had light heartedly decided to interview for a week-long mock-government program for my U.S. History course. Everyone told me it would look good on an application so I applied and, you guessed it, I was waitlisted. Fortunately for me the event was being hosted at a local university so if anyone did not accept (and they didn’t) I was in!

I spent the week running for the mock-position of Ohio Attorney General. I ran my campaign, I took the Bar exam three times (and failed three times), and at the end of it all I ended up at the unemployment fair because I had lost the election. I ended up being appointed as the medical director of the Ohio Department of Mental Health and Addiction Services where I spent the remaining days writing legislation, devising programming, and discovering what my passions really were.

I came back from the week not just to my house, but to the drawing board. I had a vague idea of what I was looking for (you know, the standard “helping others” umbrella) so I hit the ground running. I ended up on the CollegeBoard’s major database, selected the “helping others’’ filter, and went digging … through all 1,800 different majors … one by one. Then I made a list of twenty, did some more research, and settled on two: Speech and Language Pathology and Occupational Therapy. At that point, the choice became obvious. I just couldn’t go into S/LP after not doing the home exercise program a S/LP gave me so many years ago, I’d be a hypocrite! So OT it was.

From there, I applied to USC’s BS-MA program (now the BS-OTD) and I haven’t looked back. I fell head over heels with the idea that we are what we do, how we do it, and why. That these meaningful activities can impact our health and our quality of life. But most importantly, as I’ve continued along on my journey through OT, I’ve come to realize that the real stars weren’t in the sky, they are the people we work with, each of them glowing brightly with the possibility of their future and I am so appreciative that I can help them find their shine all while finding my own at the same time.