Certified Neonatal Therapist and research scientist Bobbi Pineda studies high-risk and premature infants and their families in the NICU. 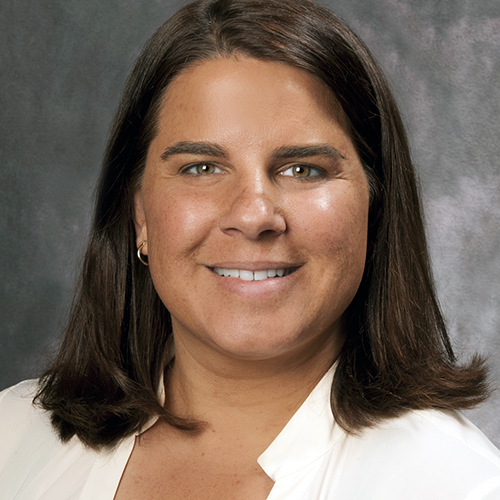 Every year in the U.S., approximately 500,000 babies are born before reaching 37 weeks of pregnancy. The earlier the gestational age, the higher are the risks to the infant, including disability and mortality.

“Just being born early changes brain development permanently,” said Assistant Professor Bobbi Pineda, who joined the faculty of the USC Chan Division of Occupational Science and Occupational Therapy earlier this year. “With higher risks and a period of rapid brain development that is unfolding in the NICU, we have a profound opportunity [in neonatal care] for improving outcomes.”

Pineda knows about optimizing outcomes during the earliest days of life outside the womb. She is a research expert in neonatal intensive care units, where she has studied factors that can influence outcomes, such as environmental stimulation and noise, language exposure and parenting.

Before coming to USC Chan in 2020, Pineda was a faculty member at Washington University School of Medicine in St. Louis’ Program in Occupational Therapy for the past 12 years, where she built a clinical research program studying modifiable factors in the NICU to improve early outcomes.

Her research questions are driven by her previous clinical experience at some of the nation’s premier children’s hospitals, including University of Florida Shands Hospital, All Children’s Hospital in St. Petersburg, Duke Children’s Hospital and University of North Carolina Children’s Hospital. In recognition of her contributions to the field, the National Association of Neonatal Therapists honored Pineda for her work over the past decade ending in 2019 by adding her to their decade-by-decade list of luminaries who have advanced neonatal care since the 1970s.

Today, occupational therapy in the NICU is a specialized area of practice for an especially vulnerable population. According to Pineda, neonatal therapists approach clinical problems from two complementary perspectives.

From a neuroprotective perspective, therapists adapt the NICU environment to decrease stressors and protect the brain, provide supportive positioning, optimize sensory exposures and help parents achieve the role of parenting a fragile infant with confidence and social connectedness. From a problem-based or rehabilitative perspective, neonatal therapists make clinical observations, use standardized assessments, customize goals and interventions and provide targeted treatment approaches. While addressing the infant and family needs at the NICU bedside, neonatal therapists are continuously considering multiple different issues, and constantly changing therapeutic processes in light of these complex factors.

Because it’s such a specialized area of practice with few researchers, it can feel isolating at times. The prospect of connecting with established occupational therapy researchers — like Associate Dean and Chair Grace Baranek, Professor Sharon Cermak and Associate Chair of Research and Professor Mary Lawlor, who have longstanding projects and ties with Children’s Hospital Los Angeles — is one of the reasons Pineda says she decided to join USC Chan.

“Doing research related to pediatric OT, and more specifically in the NICU, can sometimes feel like being in a vacuum. While my previous collaborators have largely consisted of other medical professionals such as neurologists, neonatologists and psychologists, it will be fascinating to have other OT researchers here at USC that I can bounce ideas off of, and that will help me advance science,” Pineda said. “I’m just thrilled to be at the birthplace of sensory integration, especially due to its important ties to the early sensory environment of the NICU.”

Pineda spent nearly a decade working as an occupational therapist in largely inpatient pediatric settings before pursuing a research career. It was a decision, she says, motivated in part by realizing the need for more research to inform practice following the premature birth of her own child.

Since earning her PhD degree in rehabilitation science from the University of Florida in 2006, her work has focused almost exclusively on the NICU setting. Her ultimate goal is to contribute research that will build the science to support best clinical practice in the NICU.

“I want to research so many things, because there are just so many needs,” she said.

Her current projects revolve around three areas of study.

First, the Supporting and Enhancing NICU Sensory Experiences, or “SENSE” program, is a comprehensive program to ensure that high-risk infants in the NICU are afforded positive sensory exposures such as massage, auditory sounds and skin-to-skin contact by parents every day of NICU hospitalization. The program also educates families and caregivers on providing those positive sensory experiences appropriately at each developmental stage. Nearly 200 hospitals in the U.S. and abroad have purchased the SENSE program license. Pineda says her next project is to get a better understanding of how the program is being delivered across different NICUs, identifying barriers and facilitators to its implementation and gauging its impact.

Pineda also studies neonatal feeding, and she developed a neonatal feeding assessment tool, the Neonatal Eating Outcome Assessment. Since feeding is one of the most important occupations during infancy, it’s a line of research that has an exciting future and can make a large clinical impact.

“My hope is that we can do a better job with identifying and intervening with that area of function,” Pineda said. “So often, we ask, ‘can they walk, can they sit, can they talk?’ But feeding is a really, really important construct, and one that we haven’t spent enough time refining, so I’m hoping to take our neonatal feeding assessment and expand it out beyond just the neonatal period.”

Her third line of research includes what’s known as the Baby Bridge program, a model that promotes timely, consistent and high quality therapy services for high-risk infants after being discharged from the NICU. It was designed to “bridge” the transition time between NICU services and post-discharge early intervention therapies, often provided through state-funded programs.

The program has several key components: a neonatal therapist builds rapport with the family while the infant is still hospitalized the NICU; the first home visit occurs within one week of discharge; weekly home visits continue until other early intervention services begin; comprehensive assessments and targeted interventions are delivered by one skilled provider; and collaboration continues with the NICU medical team and community therapy providers.

Beginning in 2016, Pineda implemented the Baby Bridge program as a research study in partnership with St. Louis Children’s Hospital. Results identifying its successful implementation and improvements in access to care were published in January in the Journal of Early Intervention. Pineda and her colleagues found that Baby Bridge not only achieved its key features, it resulted in infants who were born at or before 30 weeks receiving early therapy services an average of 85 days earlier than they typically would have. Results from a study of its financial cost-effectiveness published in May in the journal PLoS ONE are also encouraging.

“Baby Bridge programming does require some upfront costs, but after 16 months, we demonstrated that the program starts to turn a profit allowing for recuperation of scale-up costs,” Pineda said. “This type of work will be helpful because it will make hospitals a bit more willing to assume the upfront risk of program development, knowing that it will turn back around.”

A reputation for evidence

Recently, the National Association of Neonatal Therapists honored Pineda as the therapist who has done the most to help the field gain traction during the last decade. Pineda has also been a key player in developing and implementing a neonatal therapy certification to ensure that therapists have the experience and knowledge to safely and effectively work with infants in the NICU. That legacy will continue to build through the next stage of Pineda’s career at USC Chan.

“What I’ve really strived for, and what I hope that I’ll be remembered for 10 years from now, is driving neonatal therapy practice towards evidence,” Pineda said. “Evidence will establish more credibility for the important work of the neonatal therapist, and also will ensure that we are doing interventions that will drive positive outcomes for infants and families who start their lives in the NICU.”

Next is Inclusive LGBTQIA+ Patient Care >