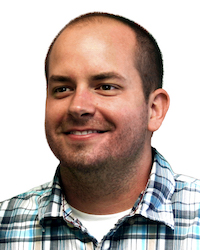 I’ve spent a great deal of time thinking about the occupations of the future.  What kind of sports will we be playing?  Where will be eat?  Where will be eating?  What will we be eating?  And so on.  This got me thinking about how all of our daily occupations will be impacted by a reduction in the NASA budget.  The technological advances brought by the necessities of space exploration can have a valuable impact on the world of OT.

Man, this semester has passed rather quickly.  It seems like it wasn’t so long ago that I was just entering the program and now I’ll be graduating soon.  I’m in the process of trying to find a place to live in San Diego for my upcoming fieldwork experience at California Children’s Services.  Aside from that, a few weeks ago my friends and I completed the Warrior Dash 5K obstacle course.  Crawling through mud, swimming in extremely cold water, scaling walls, and jumping over fire was the perfect was to punctuate the weekend.  Yesterday, my roommate and I attended the bike festival in downtown LA called “CICLAVIA”.  The city closed streets throughout downtown and let cyclists from all over LA ride without the risk of getting hit my a absent-minded driver.  Next up, I really should start studying for COMPS, I can’t believe it’s almost here.

This past weekend I put off studying for my upcomig midterm in the name of work-life balance.  On Saturday I ventured up Figueroa to Stapels Center to watch the Los Angeles Kings face the Chicago Blackhawks.  The majority of the group was cheering for the Kings, but my roommate from last year and Chicago native was cheering for the Blackhawks.  Needless to say that when the game ended in a 4-0 victory for the Kings, he didn’t stop hearig about it.  On Sunday I went to the beach for my weekly flag football game, but this time I decided to workout before hand.  I looked up a Crossfit workout to do in the sand and found a brutal one.  It consisted of as many rounds as possible (AMRAP) in 20 mintues of 50m bearcrawls, 50m walking lundges and 50m broad jumps.  Needless to say, I felt great after the Crossfit workout and beach football.  Today’s plan involves working followed by preparing for my upcomig midterm.  It’s definitely a tricky juggling act to maintain that balance.

Before beginning the Occupational Therapy program at USC I started playing beach flag football.  Well, once I moved to the west coast I didn’t have a league to play in anymore.  I’ve played football for almost as long as I can remember and not having a league to play in was bothering me.  Last week I began searching for leagues throughout Los Angeles and I found one that meets in Santa Monica.  I quickly informed a few classmates of this league and built a solid group to start going weekly.  The first weekend only three of us went, but more people have expressed interest in playing.  Once we got there the games were great.  The teams were pretty much even and the organizers try to keep groups of friends together.  Finally after playing for about 3 hours we finally called it quits, with me leaving with a pretty sweet sunburn.  Next week should be even better as more people should make it out.

The weather in Southern California lends itself very well to the practice of outdoor occupations.  This past Saturday me and a couple of my friends decided that a biking blitz through Hollywood was a great idea.  We started off at the Occupational Therapy House (Centennial apartments) and headed north.  We took the scenic route through neighborhoods I didn’t know existed.  We finally made it to Hollywood Blvd where traffic was almost at a standstill (perfect for the cyclist), we split the traffic down to the Kodac Theater where we decided to walk around for a bit.  After getting our fill of all the characters out in Hollywood we decided to head west toward enemy territory, UCLA.  The hills throughout Westwood provided us with excellent cycling routes, with very little traffic.  After we made our way through UCLA, we decided to ride through Beverly Hills.  The streets throughout Beverly Hills are incredibly smooth ( cyclist’s dream).  Finally, about 2 hours later we decided to head back to USC.  We made it home around 11:30 pm and rode approximately 30 miles.